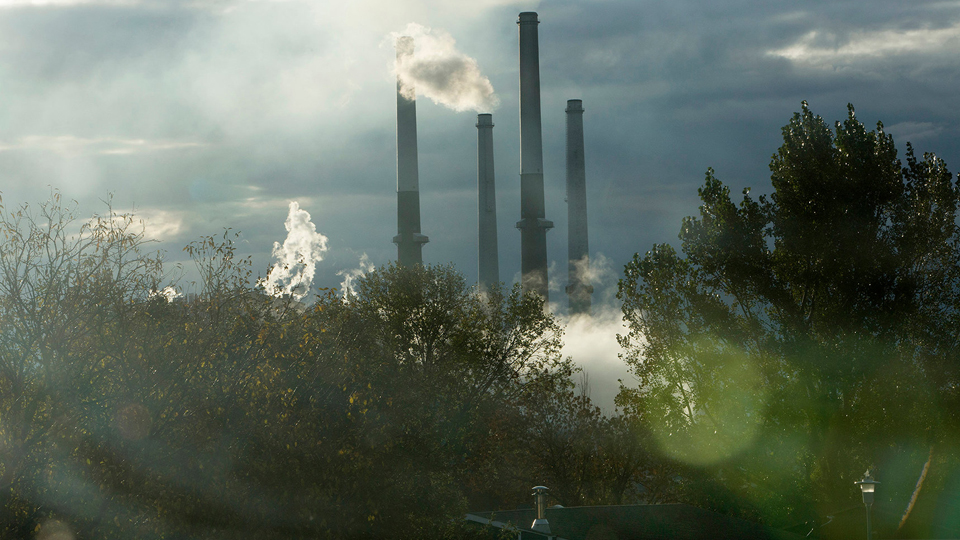 A coal plant in Colstrip, Montana, one of thousands around the world that belch carbon. Photo: Janie Osborne / NYT

With time running out to avoid dangerous global warming, the US’ leading scientific body on Wednesday urged the federal government to begin a research program focused on developing technologies that can remove vast quantities of carbon dioxide from the atmosphere to help slow climate change.

The 369-page report, written by a panel of the National Academies of Sciences, Engineering and Medicine, underscores an important shift. For decades, experts said that nations could prevent large temperature increases mainly by reducing reliance on fossil fuels and moving to cleaner sources like solar, wind and nuclear power.

But at this point, nations have delayed so long in cutting their carbon-dioxide emissions that even a breakneck shift toward clean energy would most likely not be enough.

According to a landmark scientific report issued by the United Nations this month, taking out a big chunk of the carbon dioxide already loaded into the atmosphere may be necessary to avoid significant further warming, even though researchers haven’t yet figured out how to do so economically, or at sufficient scale.

And we’ll have to do it fast. To meet the climate goals laid out under the Paris Agreement, humanity may have to start removing around 10 billion tons of carbon dioxide from the air annually by midcentury, in addition to reducing industrial emissions, said Stephen Pacala, a Princeton climate scientist who led the panel. That’s nearly as much carbon as all the world’s forests and soils currently absorb each year.

“Midcentury is not very far away,” Professor Pacala said. “To develop the technologies and scale up to 10 billion tons a year is a frightful endeavor, something that would really require a lot of activity. So the time would have to be now.”

The panel’s members conceded that the Trump administration may not find the climate change argument all that compelling, since the President has disavowed the Paris Agreement. But, Professor Pacala said, it’s quite likely other countries will be interested in carbon removal. The United States could take a leading role in developing technologies that could one day be worth many billions of dollars.

Right now, there are plenty of ideas for carbon removal kicking around. Countries could plant more trees that pull carbon dioxide out of the air and lock it in their wood. Farmers could adopt techniques, such as no-till agriculture, that would keep more carbon trapped in the soil.

A few companies are building “direct air capture” plants that use chemical agents to scrub trace amounts of carbon dioxide from the air, allowing them to sell the gas to industrial customers or bury it underground.

But, the National Academies panel warned, many of these methods are still unproven or face serious limitations. There’s only so much land available to plant new trees. Scientists are still unsure how much carbon can realistically be stored in agricultural soils. And direct air capture plants are still too expensive for mass deployment.

In theory, it might be possible to collect wood or other plant matter that has absorbed carbon dioxide from the air, burn it in biomass power plants for energy and then capture the carbon released from combustion and bury it deep underground, creating, in essence, a power plant that has negative emissions. While no such facilities are operating commercially today, the technology to build them exists.

But one potential problem with this approach, the National Academies panel said, is that the land required to grow biomass for these power plants could run into conflicts with the need for farmland for food. The panel estimated this method might one day be able to remove three billion to five billion tons of carbon dioxide from the air each year, but possibly much less, depending on land constraints.

That’s a far cry from the 10 billion to 20 billion tons of carbon dioxide we may need to pull out of the air by the end of the century to limit overall global warming to around 1.5 degrees Celsius (2.7 degrees Fahrenheit), according to the recent United Nations report. That figure assumes nations manage to decarbonize their energy and industrial systems almost entirely by 2050.

If nations fail to hold global warming below that 1.5 degree level, the UN report warned, tens of millions more people could be exposed to life-threatening heat waves and water shortages, and the world’s coral reefs could disappear almost entirely.

At the same time, federal agencies would need to fund research into early-stage carbon removal techniques, to explore whether they may one day be ready for widespread use.

For instance, scientists have long known that certain minerals, like peridotite, can bind with carbon dioxide in the air and essentially convert the gas into solid rock. Researchers in Oman have been exploring the potential to use the country’s vast mineral deposits for carbon removal, but there are still major questions about whether this can be done feasibly on a large scale.

In its report, the panel laid out a detailed research agenda that could ultimately cost billions of dollars. But given that carbon removal could “solve a substantial fraction of the climate problem,” the report said, those costs are modest. For comparison, the federal government spent $22 billion on renewable energy research between 1978 and 2013.

Outside experts hailed the report as a sign that carbon removal is finally becoming central to the discussions around how to tackle climate change.

“We’re moving from the early stage of ‘what is carbon removal?’ to figuring out what specific steps can be taken to get these solutions at scale,” said Noah Deich, executive director of the group Carbon180, which recently began an effort to bring researchers and companies together to help bring carbon removal technologies to the marketplace.

The National Academies panel did, however, warn of one potential drawback of carbon removal research. It could create a “moral hazard,” in which governments may feel less urgency to cut their own emissions if they think that giant carbon-scrubbing machines will soon save the day.

To that end, the panel stressed that carbon removal, if developed, could only be a part of a larger global warming strategy. “Reducing emissions,” the report noted, “is vital to addressing the climate problem.”

Last-ditch push to scrub carbon from the air