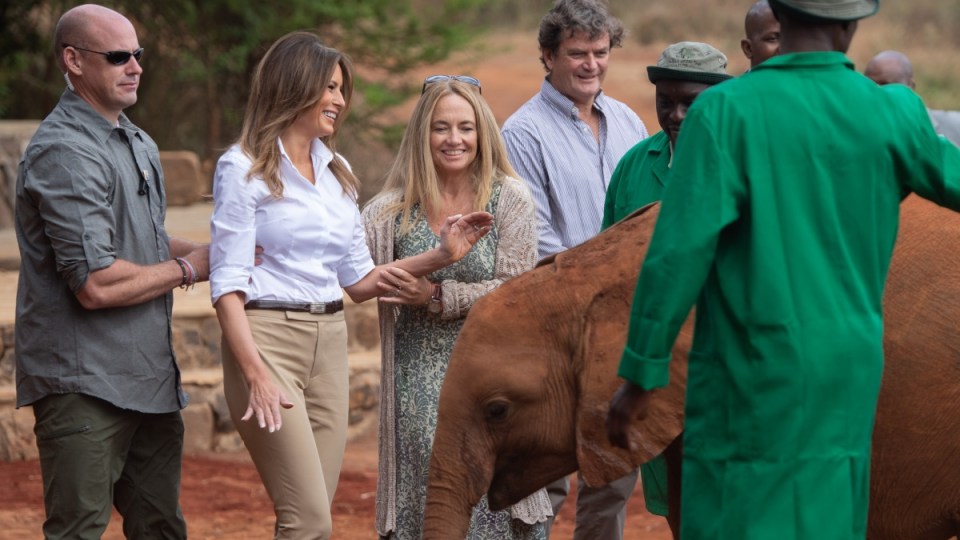 In her first on-camera interview in almost a year, Melania Trump says she has better things to worry about than her husband’s alleged infidelity and insists she still loves him.

“It is not a concern and focus of mine,” the intensely private First Lady told correspondent Tom Llamas when asked if her husband’s alleged affairs had put a strain on her marriage.

“I’m a mother and a First Lady, and I have much more important things to think about and to do,” she told US broadcaster, ABC News in the no-question-is-off-limits interview TV special titled, Being Melania – The First Lady”, aired on Friday night (US time).

Snippets of the sit-down interview conducted during her first solo trip – to Africa – aired earlier in the week.

Mrs Trump gave herself the title of “the most bullied person” in the world and discussed her work to combat bullying and educate children about “social emotional behaviour” through her Be Best initiative.

Speaking about the alleged extramarital relationships of her husband, Mrs Trump said she knew people and the media liked to speculate about her marriage because “gossip sells newspapers, magazines”.

But when asked if the repeated rumours of infidelity had hurt her, she took a noticeable pause during the 15-minute interview.

“Media world is speculating,” she repeated.

“Yeah, it’s not always pleasant, of course,” she said. “But I know what is right and what is wrong, and what is true and not true.”

When asked point-blank if she loved her husband, her answer was simple: “Yes, we are fine. Yes.”

During the peak of salacious headlines about Mr Trump’s alleged affair with adult film star Stormy Daniels, whose real name is Stephanie Clifford, Mrs Trump remained quiet, but cancelled plans to join her husband on a trip to Davos, Switzerland.

Mrs Trump’s spokesperson, Stephanie Grisham, said the cancellation was down to “logistical issues” at the time.

When Mrs Trump was still Melania Knauss, she told ABC (in the United States) in a 1999 interview that she could picture herself as the First Lady and said she would “support” and “stand by” Mr Trump and would try to emulate first ladies of the past.

“I would be very traditional, like Jackie Kennedy and Betty Ford,” Mrs Trump said at the time.

Like her 2018 interview, the then-girlfriend to Mr Trump similarly shot down any concern of her husband’s self-described “playboy” lifestyle.

“It’s a man thing, and sometimes I find it very cute,” she said.

In September of that same year, Access Hollywood recorded the Mr Trump boasting about sexually assaulting women – kissing and groping them without prior consent.

“I just start kissing them. It’s like a magnet.”

The recording was made public in the midst of Mr Trump’s 2016 presidential campaign – something which many thought could derail his chances of success.

In that same year, Stormy Daniels alleged she and Mr Trump initiated a consensual, sexual relationship after meeting at a golf tournament in July 2006 – just four months after Mr and Mrs Trump’s son, Barron, was born.

Ex-Playboy playmate Karen McDougal has also claimed she carried on an affair for almost a year with Mr Trump, beginning about three months after Barron was born.