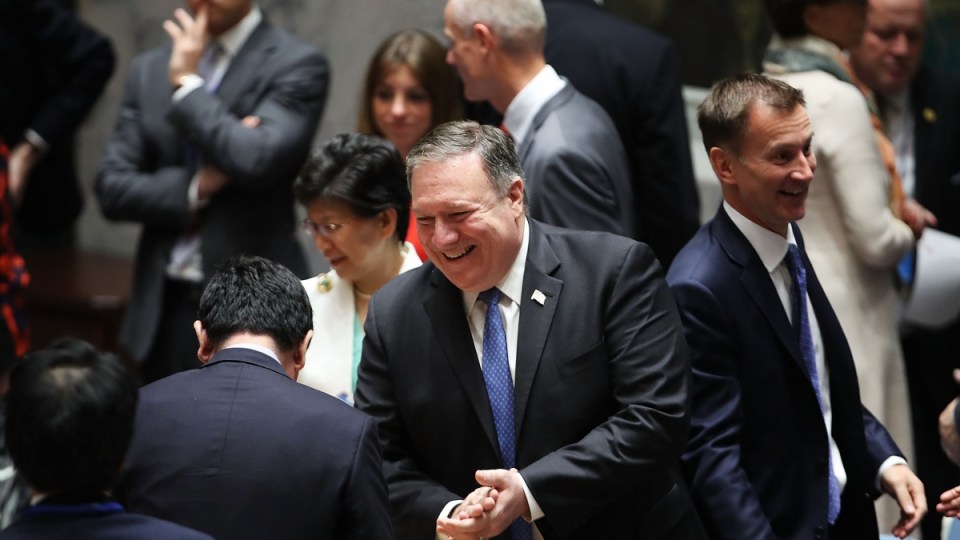 US Secretary of State Mike Pompeo is now heading to Beijing. Photo: Getty

US Secretary of State Mike Pompeo has wrapped up his fourth visit to North Korea after meeting Kim Jong-un amid efforts to persuade him to give up his nuclear weapons.

Mr Pompeo tweeted on his arrival in Seoul that he had met Mr Kim and that they “continue to make progress on agreements made at Singapore Summit”.

“Thanks for hosting me and my team,” he said.

A US official said on Sunday that Mr Pompeo’s trip to North Korea was “better than the last time” but further efforts were needed.

Had a good trip to #Pyongyang to meet with Chairman Kim. We continue to make progress on agreements made at Singapore Summit. Thanks for hosting me and my team @StateDept pic.twitter.com/mufyOKkDLw

The official, who was part of Mr Pompeo’s delegation, indicated some progress was made but added: “It’s going to be a long haul”.

Mr Pompeo had flown to Pyongyang from Tokyo after talks with Japan’s Prime Minister Shinzo Abe during which he pledged the Trump administration would co-ordinate and unify its strategy for denuclearisation with allies.

Following the meeting, Mr Pompeo will fly to Seoul for a meeting with President Moon Jae-in and Foreign Minister Kang Kyung-wha and brief them on the results of his trip to the North.

His visit to the North, his fourth, comes as the US and North Korea are trying to find a breakthrough in the stalled denuclearisation negotiations.

On Monday, Mr Pompeo will depart for Beijing for talks.

Japan has been wary of the initiative, but South Korea has embraced it.