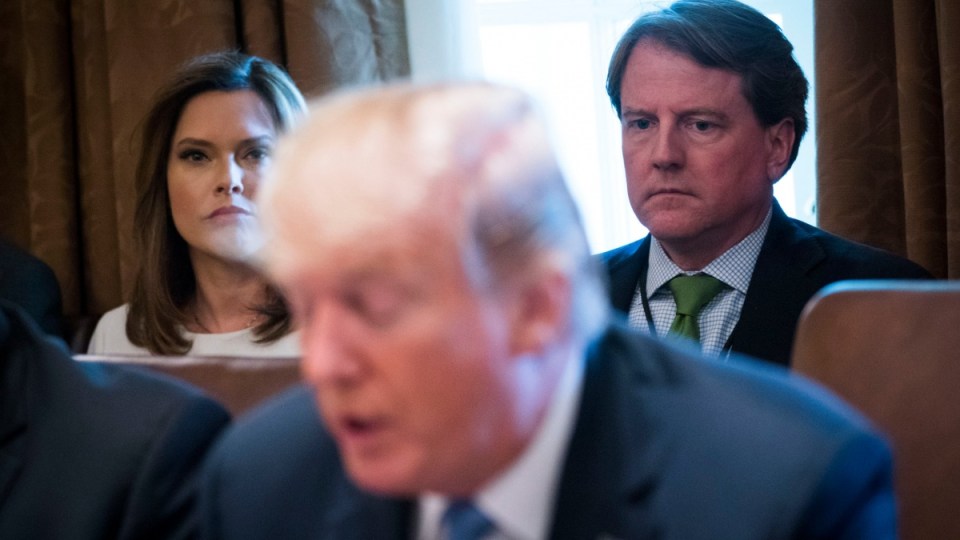 Earlier in September an unidentified Trump administration official set off a White House firestorm by claiming in a New York Times opinion piece to be part of a secret “resistance” force out to undermine parts of President Donald Trump’s agenda.

The article triggered cries of “treason” from Trump and a demand that the powers of the federal government be brought to bear to root out the disloyal officials.

And then … not much happened.

The investigation, which existed more in name than practice, stalled. A move to clean house never occurred. The author’s identity is still a mystery.

Still, publication of the piece, along with a new Bob Woodward book painting a picture of a president whose impulses were being thwarted by his own staff, has had some lasting aftershocks.

The president, besieged by leaks, has made the Oval Office a fortress of suspicion as the number of West Wing personnel he trusts shrinks.

That’s according to four White House officials and Republicans close to the White House who were not authorised to speak publicly about private conversations.

The publication of the op-ed rocked Washington. The author, described only as a senior administration official, wrote that “Many Trump appointees have vowed to do what we can to preserve our democratic institutions while thwarting Mr. Trump’s more misguided impulses until he is out of office.”

Trump was incensed about the op-ed, calling around to confidants to vent about the author, solicit guesses as to his or her identity, seethe that it appeared in the newspaper he loves to hate, and complain that a “deep state” within the administration was conspiring against him.

The guessing game seeped into the White House, as current and former staffers traded calls and texts trying to figure out who could have written the piece, some even asking reporters for clues.

A furious Trump ordered aides to unmask the writer, cited “national security” concerns to justify a possible Justice Department investigation and issued an extraordinary demand that the newspaper reveal the author.

It was never expected that the Justice Department would move to open an investigation.

Many administration officials recognised that there was a long list of officials who plausibly could have been the author.

The West Wing and, for the most part, Trump himself moved on, focusing on the upcoming midterm elections and the push to get Kavanaugh on the bench.

But Trump has confided to allies that he still is frustrated by frequent leaks and feels that there are few aides he can fully trust beyond a network of outside advisers Trump has known for decades, daughter Ivanka Trump and her husband, Jared Kushner, both senior advisers.