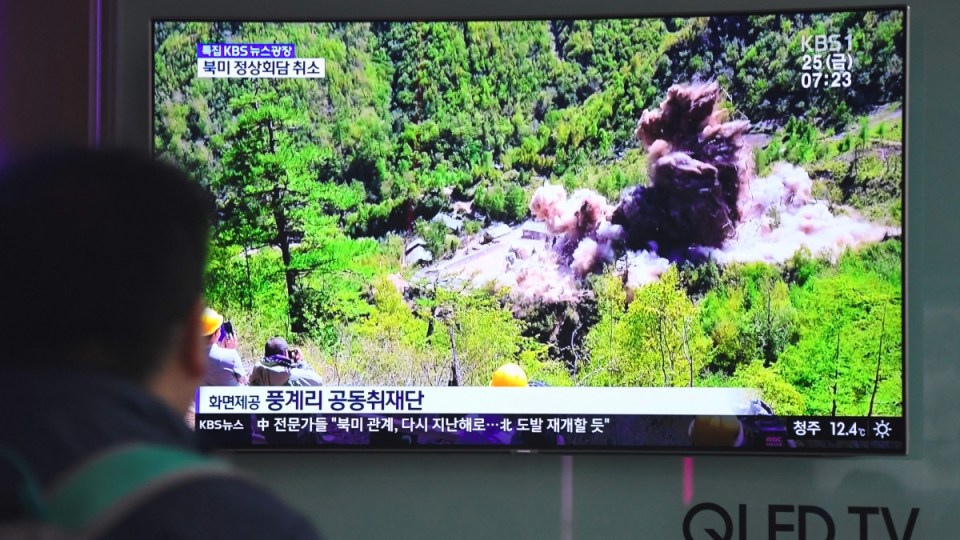 A top South Korean official says North Korea has up to 60 nuclear weapons, in Seoul’s first public comment about the size of the North’s secrecy-clouded weapons arsenal.

Unification Minister Cho Myoung-gyon told parliament on Monday the estimates on the size of North Korea’s nuclear arsenal range from 20 bombs to as many as 60.

Mr Cho may have unintentionally revealed the information.

The South Korean assessment on the North’s arsenal is not much different from various outside civilian estimates largely based on the amount of nuclear materials that North is believed to have produced.

According to South Korean government reports, North is believed to have produced 50 kilograms of weaponised plutonium, enough for at least eight bombs.

Stanford University scholars, including nuclear physicist Siegfried Hecker who visited North Korea’s centrifuge facility at Nyongbyon in 2010, wrote earlier this year that North Korea is estimated to have a highly enriched uranium inventory of 250 to 500 kilograms, sufficient for 25 to 30 nuclear devices.

Seoul says North Korea has up to 60 nuclear weapons