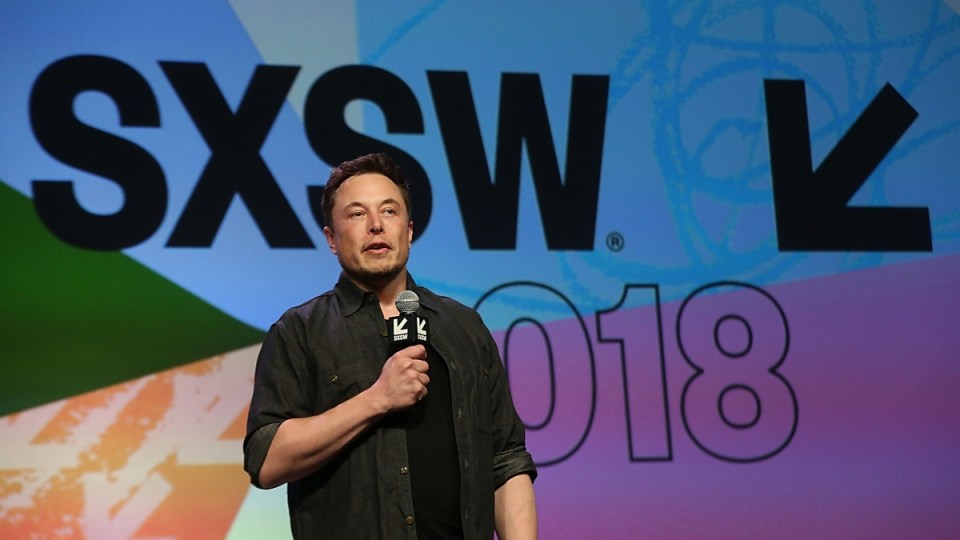 Elon Musk's stock-boosting speculation about taking Tesla private has cost him his chairmanship and a $40m fine. Photo: Getty

US carmaker Tesla will cough up a $US40 million ($A55.37m) fine and have founder Elon Musk quit his chairman’s post after reaching a settlement with US regulators.

The negotiated penalty capped often bizarre antics of the mercurial tech entrepreneur, who recently raised eyebrows by appearing to smoke marijuana during a podcast interview.

That incident followed an outburst which saw him brand one of the cave divers working to free the Thai boys’ soccer team from their subterranean prison as a child molester.

The US Securities and Exchange Commission announced the settlement on Saturday, just two days after filing a case seeking to oust Musk as CEO.

The probe was started after Musk tweeted on August 7 that he could take the company private for $US420 a share – a 20 per cent premium on the then share price – and that funding for such a deal had been secured.

It was soon noted that the figure ‘420’ is street slang for marijuana, with critics charging he posted the tweet to impress his rapper girlfriend Grimes.

“In truth, Musk knew that the potential transaction was uncertain and subject to numerous contingencies,” wrote the SEC, which had filed fraud charges earlier this week. It noted that the tweets caused significant market disruption.

Musk still faces a number of  lawsuits filed by investors who claim his tweet caused them financial losses as the stock price gyrated amid controversy and conflicting reports about the purported move.

“This unjustified action by the SEC leaves me deeply saddened and disappointed,” Musk said in a statement.

“I have always taken action in the best interests of truth, transparency and investors. Integrity is the most important value in my life and the facts will show I never compromised this in any way.”

According to the SEC statement, neither Musk nor Tesla admit any wrongdoing.

Under the deal, the new chairman of the board will be required to better supervise communications by Musk, who can remain as chief executive of the company famous for a range of highly coveted electric cars.