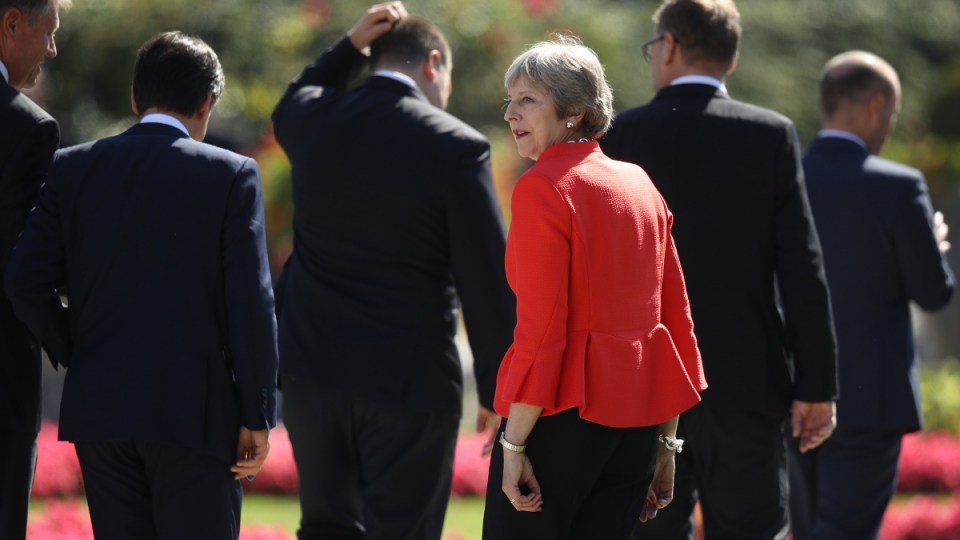 For the first time since the shock result in the 2016 referendum, a second popular vote on whether or not the UK stays in the European Union is looking like a real possibility.

On Thursday afternoon UK time the European Council, one of the EU’s key institutions, announced it would not accept the United Kingdom’s proposed terms for a break with Europe.

This was a massive blow to British Prime Minister Theresa May, who had already risked her leadership by proposing a deal –  known as the  ‘Chequers proposal’ – that those on the right of her party considered too pro-Europe.

The development provoked mixed responses, with pro-Brexit hardliners – known as Brexiteers – saying the Council’s refusal to give ground was proof the UK should opt for a no-deal ‘hard Brexit’.

But with the date for Brexit just six months away, and with almost no progress having been made on a post-Brexit deal with the EU, the cause for a second referendum is gaining ground.

Business owner Gina Miller, one of the most prominent campaigners for a second plebiscite, argued on Friday that a second vote should give UK citizens three choices: accept the deal; reject the deal and go for a hard Brexit; or remain in the EU.

Jo Swinson MP, a Liberal Democrat MP and head of the ‘People’s Vote’ campaign for a second referendum, said this week’s developments proved any agreement with the EU would “inevitably be a very bad deal for Britain”.

“There is a way out of the mess: a people’s vote on any Brexit outcome,” she said.

“This week we showed how this could be done and with Chequers finished, it is time that the government recognised the huge momentum behind this demand,” she said.

Many prominent figures have lent their voice to this cause, including Veep and The Thick of It creator Armando Iannucci, who made the video below.

MUST-WATCH: creator of brilliant comedy "The Thick of It", @Aiannucci, tells us why he's backing a #PeoplesVote on the final Brexit deal. Please RT: pic.twitter.com/wRzcw2OP0L

Mrs May’s decision in July to opt for what many regarded as a “soft Brexit” in the Chequers proposal proved a risky decision, as it threatened her position as leader of the Conservative Party, and therefore as prime minister.

The proposal prompted the immediate resignation of hardline Brexiteers Boris Johnson and David Davis, and since then there has been the constant expectation that Mr Johnson would challenge Ms May for the top job.

So far that has not happened.

The assumption had been that the Chequers proposal was conciliatory enough to gain the approval of Brussels, but in a summit in Salzburg this week, European Council president Donald Tusk rejected it point blank.

“Everybody [in the European Council] shared the view that while there are positive elements in the Chequers proposal, the suggested framework for economic cooperation will not work. Not least because it risks undermining the Single Market,” Mr Tusk said on Thursday.

Finally, he cast serious doubt over the feasibility of the deadline for reaching a final deal, which he said was only two months away.

“Those who explain that we can easily live without Europe, that everything is going to be all right, and that it’s going to bring a lot of money home are liars,” Mr Macron said.

“It’s even more true since they left the day after so as not to have to deal with it.”

While Ms May attempted to put a positive spin on the tense talks, the fundamental disagreement was clear.

“On the economic partnership there is no solution that will resolve the Northern Ireland Border which is not based on the frictionless movement of goods,” she said.

“Our White Paper [the Chequers proposal] remains the only serious and credible proposition on the table for achieving that objective. So there’s a lot of hard work to be done, but if the political will is there on the other side, I’m confident we will reach a deal. And to do so is in the EU’s interest as well as the UK’s.”

If the UK cannot reach an agreement with the EU, as things stand it will mean withdrawing from the EU without any agreement, and only World Trade Organisations standards to fall back on.

That will massively restrict the UK’s ability to trade with the EU. Given well over half of the UK’s trade is with EU countries, this will be a massive blow to both the UK and, less so, the EU economies.

As things stand the prospects of the UK remaining in the EU are small. A second referendum would require the Labour Party, which is in opposition, to support it. Given Mrs May’s Conservative government is a minority government, Labour’s support for a second referendum could tip the balance, especially since a majority of Conservative MPs are also ‘remainers’.

However, while many in the Labour Party would likely back this, leader Jeremy Corbyn has so far proved immovable in his position that a second referendum would be a betrayal of the majority of people who voted to leave the EU in June 2016.