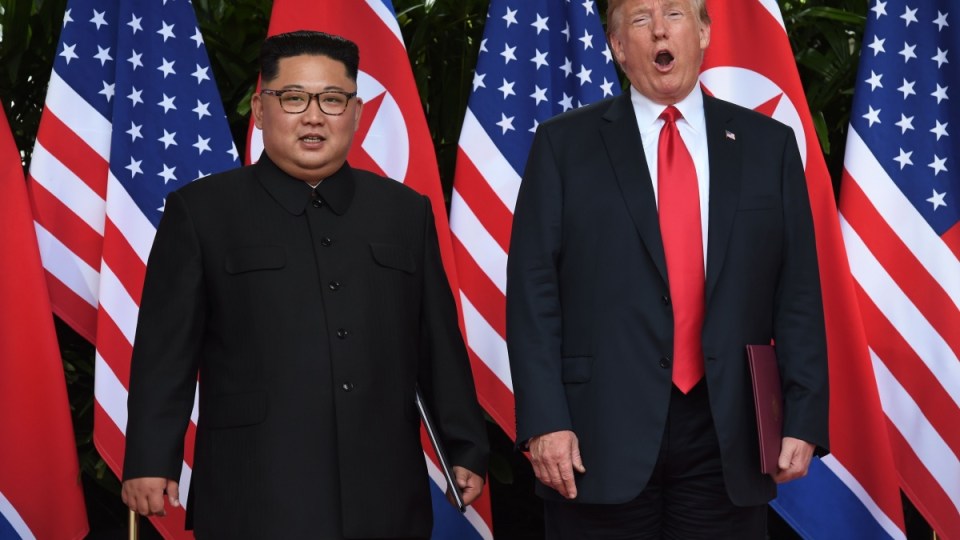 Mr Kim requested another meeting in a letter delivered to President Trump over the weekend.

Ms Sanders described the correspondence as “very warm, very positive”, and that the White House is already looking at scheduling a second meet.

“We won’t release the full letter unless the North Korean leader agrees that we should,” she said at a White House press briefing on Tuesday (AEST).

“The primary purpose of the letter was to request and look to schedule another meeting with the president, which we are open to and are already in the process of coordinating that.”

The two leaders have been discussing North Korea’s nuclear program since their unprecedented June 12 summit, which has been criticised for being short on concrete details about how North Korea would give up its nuclear weapons program.

Mr Trump told reporters on Friday that a personal letter from Mr Kim was on the way.

Ms Sanders told reporters the letter exhibited “a continued commitment to focus on denuclearisation of the peninsula.”

She said a military parade in Pyongyang on Sunday was “a sign of good faith” because it did not feature any long-range nuclear missiles.

However, Mr Trump recently called off a scheduled visit to North Korea by Secretary of State Mike Pompeo, citing lack of progress by North Korea in dismantling its nuclear arsenal.

Mr Trump tweeted on Sunday Mr Kim’s decision not to display ballistic missiles as a “big and positive statement”, saying that there is “nothing like good dialogue from two people that like each other!”

…its commitment to denuclearize.” @FoxNews This is a big and very positive statement from North Korea. Thank you To Chairman Kim. We will both prove everyone wrong! There is nothing like good dialogue from two people that like each other! Much better than before I took office.

The President also praised Mr Kim at a rally in Montana late last week, saying the North Korean leader had “said some terrific things about me.”

“He said very strongly that we want to denuclearise North Korea during President Trump’s tenure,” he said.