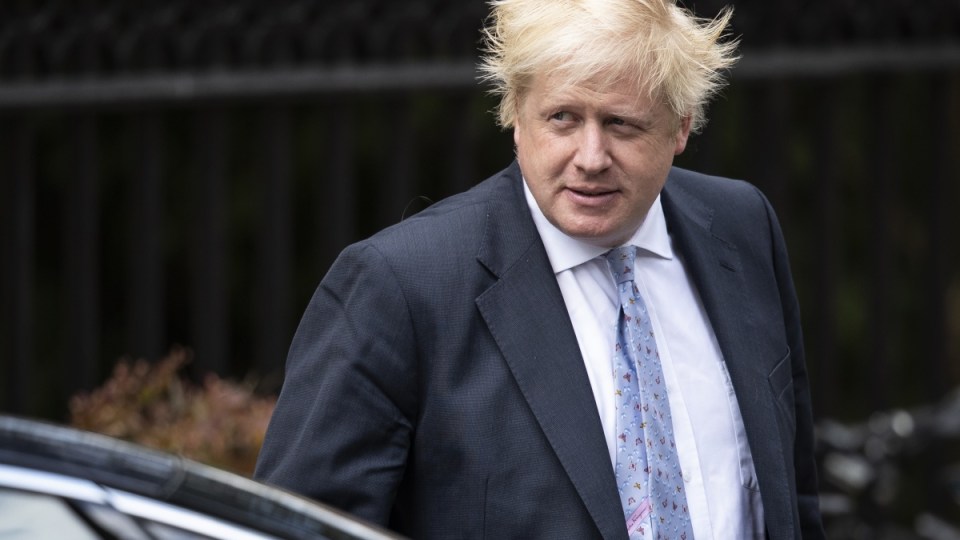 Boris Johnson deliberately cultivates that unkempt mass of blond locks, according to a biographer. Photo: Getty

Mr Johnson, who has faced a furious backlash after comparing Theresa May’s Brexit strategy to a “suicide vest”, has used his regular column in the UK’s Daily Telegraph newspaper to argue that income tax, stamp duty and capital gains tax should be cut.

This latest intervention, which proposes measures that will appeal to Tory voters, is fuelling speculation about his leadership ambitions.

“Instead of canvassing tax rises, we should say that tax henceforward will not go up. That’s it. No new taxes and no increase in rates,” Mr Johnson wrote.

The ex-cabinet minister has been in the headlines in recent days after the break-up of his marriage to Marina Wheeler and his extraordinary attack on Ms May’s Brexit plan.

His claim that her Brexit plan “wrapped a suicide vest around the British constitution – and handed the detonator to Michel Barnier” provoked condemnation from senior Tories.

Sir Alan said the comments were “one of the most disgusting moments in modern British politics” and should mark the “political end” of Mr Johnson’s career.

Home Secretary Sajid Javid – viewed as a potential leadership rival – rebuked his former Cabinet colleague, saying: “I think there are much better ways to articulate your differences.”

In the column, Mr Johnson set out an alternative economic plan.

“We do need to spend more on the NHS. We must find the extra GBP20 billion that the Chancellor has rightly promised.

“We do need to step up our investments in the police and schools and other vital public services.

“But I am afraid I am not convinced that the answer is immediately to turn to the hard-pressed taxpayer, when Britain is now by no means a low-tax economy compared with several other jurisdictions in Europe.”

In a reference to US President Trump’s policies, Mr Johnson said: “The United States currently boasts economic growth rates far in excess of this country, at about 4.5 per cent, and with record low unemployment – and that growth is being driven not just by the US government’s decision to cut taxes and regulation, but perhaps even more by psychology: by the sense that the government wants to cut taxes, wants to liberate and energise people.

“Do we send out that signal, here in this country? I am not so sure.”