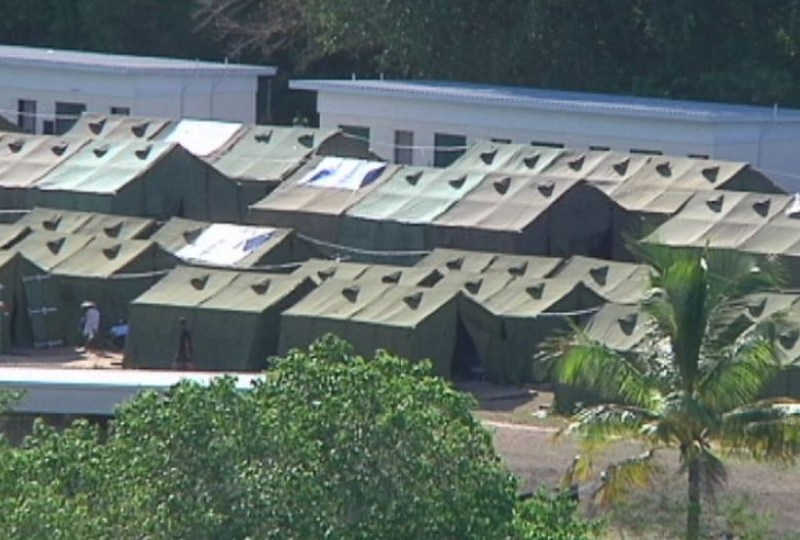 New Zealand is weighing how it could take the refugees from Nauru. Photo: ABC

New Zealand’s top politicians are at odds over whether they would change rules to prevent resettled offshore asylum seekers from moving on to Australia.

Newly-minted foreign minister Marise Payne met Kiwi counterpart Winston Peters for the first time on the sidelines of the Pacific Islands Forum in Nauru on Tuesday, with refugee resettlement on the agenda.

Since 2013, New Zealand has had a standing offer to take in 150 detainees from Manus Island and Nauru. But it has been repeatedly rejected by the Australian government, citing fears it could be used as a back door for refugees to gain entry into Australia.

After the meeting, Mr Peters said New Zealand would be willing to change its law to prevent those resettled from hopping across the ditch – if it was the reason the the offer wasn’t being taken up.

“If that was the barrier, and I don’t believe it is, then we could accommodate that,” he said.

Valuable meeting with my New Zealand counterpart @winstonpeters this morning ahead of #NauruPIF2018 to discuss our shared commitment to a strong and prosperous #BluePacific. pic.twitter.com/f3usJ19oid

But, back in Wellington, New Zealand Prime Minister Jacinda Ardern said her government was not considering a legislative change, and that Australia could make the change itself.

“Issues around whether or not [resettlement] would then allow them to re-enter into Australia are entirely within Australia’s purview and their control, ” she said.

The offer had not changed with Australia’s foreign minister and remained on the table, Ms Ardern said.

“It’s certainly something I’ll be reiterating.”

Meanwhile, Mr Peters also lamented that the refugee issue was dominating coverage of the forum, given the focus of Pacific leaders on issues such as climate change, sustainability and security.

Concerns about conditions in the detention centres on Nauru have cast a shadow over the 18-nation meeting in recent weeks and made it a lightning rod.

On Monday, a report from two prominent Australian refugee organisations highlighted concerns about the mental health of children being held and added to a slew of calls for the Australian government to take action to get more than 100 child asylum seekers off the island, including by taking up the New Zealand offer.

Ms Ardern has said she will raise the detention centres with leaders and hoped to meet some of the people living on the island, despite her trip being shortened to a single day on Wednesday.

Nauru’s government has denied mistreatment of those being held, as well as reports that a much-criticised tent encampment had been dismantled to polish up its image ahead of the forum.

Ms Payne is representing Australia at the meeting, after Prime Minister Scott Morrison pulled out.

On Tuesday, she on signed agreements with Samoa and Vanuatu to participate in Australia’s Pacific medicines testing program. It allows the Pacific nations to have a handful of medicines safety tested at no cost.