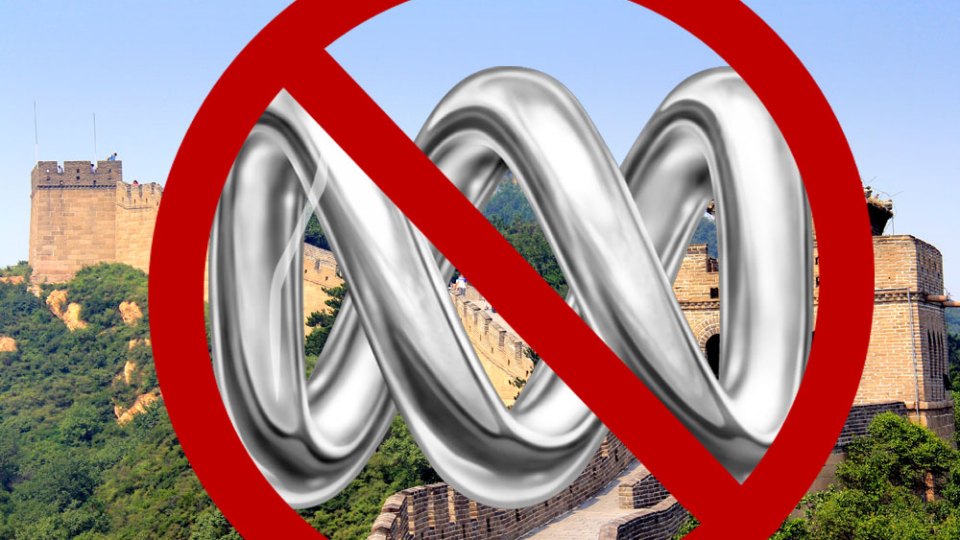 “The ABC is funded to broadcast in Australia, so we’re in control of that.”

China’s cyber security regulator confirmed it has censored the ABC’s website for breaching the country’s internet rules and regulations, but has declined to say how.

The ABC’s website and apps are usually accessible to Chinese web users and are not subject to the “Great Firewall” of censorship. But access was abruptly stopped on August 22.

After repeated requests for clarification, an official from the Office of the Central Cyberspace Affairs Commission dictated a statement to the ABC:

“China’s internet is fully open. We welcome internet enterprises from all over the world to provide good information to the netizens of China.”

“However, state cyber sovereignty rights shall be maintained towards some overseas websites violating China’s laws and regulations, spreading rumours, pornographic information, gambling, violent terrorism and some other illegal harmful information which will endanger state security and damage national pride.”

The official, who declined to provide his name, said government departments, “have the right to take technical measures to block dissemination”.

Beijing has not said how the ABC breaches its rules. Officials at two Chinese government departments have declined to specify what the ABC has done wrong, or cite any content as an example.

Other Australian news websites inside China, including those of Fairfax, News Limited and SBS, appear not to have been affected.

Diplomats at the Australian embassy in Beijing are aware of what they have described as “current difficulties” in accessing the ABC website in China. DFAT has declined to comment further.

Access to the ABC site stopped the day after the Australian government announced rules that would block two Chinese telecommunications companies from participating in the roll-out of the 5G infrastructure network.

The decision, primarily affecting tech giant Huawei, was a major blow for the company and prompted China’s Foreign Ministry to urge Australia to “abandon ideological prejudice”.

But official sources in China’s government say it is unlikely the Huawei decision prompted the censoring of the website.

It also comes about a year after the ABC began running a new Chinese language news service, which replaced the Australia Plus website.

Australia Plus had been set up in collaboration with a Chinese state media outlet, was hosted on a Chinese domain and was subject to Beijing’s censorship.

More broadly China has been scathing of Australian media reports in the past 18 months, which officials blame for worsening ties between the two countries.

In Beijing earlier this year, diplomatic sources said Chinese officials were particularly unhappy with the ABC’s reports because it is a publicly funded broadcaster.

Chinese censors routinely block some international news websites such as the Chinese language versions of the New York Times and BBC.

English-language sites are less commonly blocked, but the BBC site has been censored since a recent switch to encrypted HTTPS technology.

While China’s government is now preventing its citizens from accessing ABC content, China’s state media outlets are free to access Australian audiences online and through the CCTV and CGTN channels on pay television.