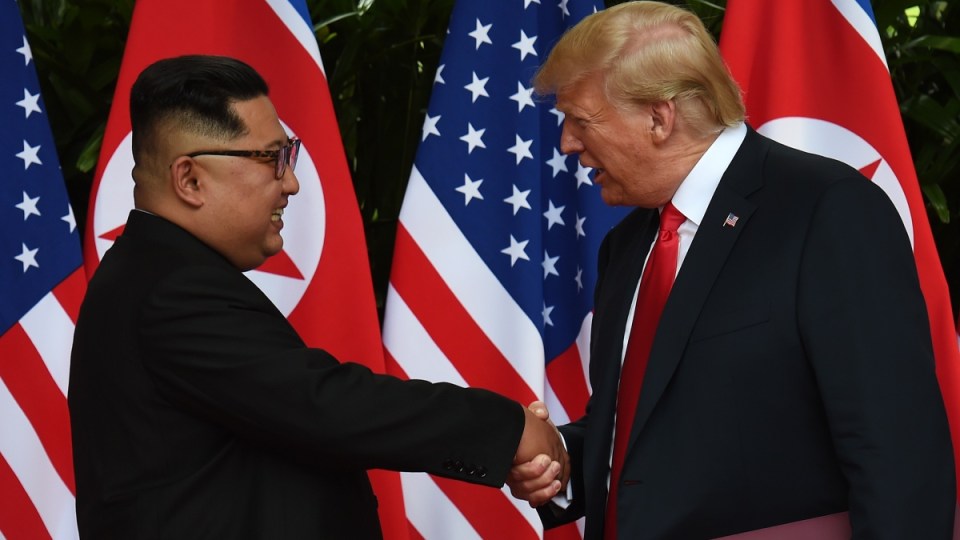 The summit between Donald Trump and Kim Jong-un has not yielded major results. Photo: Getty

US President Donald Trump says he has directed Secretary of State Mike Pompeo to delay a planned trip to North Korea, claiming there is insufficient progress on denuclearisation.

Trump put some blame on Beijing, saying he does not believe China is helping “because of our much tougher trading stance”.

The surprise announcement appeared to mark a concession by the president to domestic and international concerns that his prior claims of progress on the peninsula had been premature.

“I have asked Secretary of State Mike Pompeo not to go to North Korea, at this time, because I feel we are not making sufficient progress with respect to the denuclearization of the Korean Peninsula,” president Trump tweeted, barely two months after his June meeting with North Korea’s Kim Jong-Un in Singapore.

I have asked Secretary of State Mike Pompeo not to go to North Korea, at this time, because I feel we are not making sufficient progress with respect to the denuclearization of the Korean Peninsula…

It came a day after Pompeo appointed Stephen Biegun, a senior executive with Ford, to be his special envoy for North Korea and said he and Biegun would visit next week.

The State Department never confirmed details of the trip, but it had been expected that Pompeo would be in Pyongyang for at least several hours on Monday, according to several diplomatic sources.

White House officials did not immediately comment on what prompted Trump to call off Pompeo’s trip. The State Department had no immediate comment on the matter and referred questions to the White House.

The US and China have been locked in a trade dispute for months, with each side ratcheting up tariffs on imports from the other country in what may be the opening salvos of a trade war.

Trump tweeted that “Pompeo looks forward to going to North Korea in the near future, most likely after our Trading relationship with China is resolved.”

He added: “In the meantime I would like to send my warmest regards and respect to Chairman Kim. I look forward to seeing him soon!”