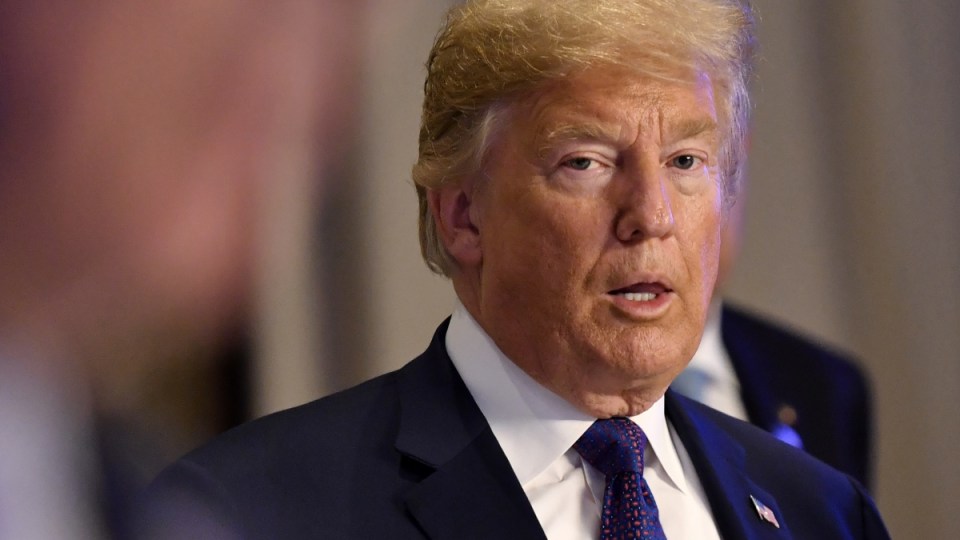 Donald Trump has offered no evidence for his claims of FBI spying. Photo: Getty

US President Donald Trump says documents released by the FBI relating to his former adviser Carter Page’s Russian ties show his 2016 presidential campaign was illegally spied upon by US law enforcement.

Offering no evidence to support his assertion, Mr Trump on Sunday night (AEST) made a series of posts on Twitter accusing the FBI and the Department of Justice (DOJ) of misleading courts during a probe of Russian interference in the election.

The FBI released 412 pages of heavily redacted documents on Saturday local time showing how in 2016 it requested Mr Page, a former Trump campaign adviser, be surveilled as part of that investigation on the grounds it believed he had collaborated with the Russian government.

“Looking more & more like the Trump Campaign for President was illegally being spied upon (surveillance) for the political gain of Crooked Hillary Clinton and the DNC,” Trump wrote on Twitter, referring to the Democratic National Committee.

Andrew McCarthy – “I said this could never happen. This is so bad that they should be looking at the judges who signed off on this stuff, not just the people who gave it. It is so bad it screams out at you.” On the whole FISA scam which led to the rigged Mueller Witch Hunt!

So President Obama knew about Russia before the Election. Why didn’t he do something about it? Why didn’t he tell our campaign? Because it is all a big hoax, that’s why, and he thought Crooked Hillary was going to win!!!

A White House spokeswoman referred questions on why Mr Trump believed the documents proved the FBI and DOJ demonstrated illegal conduct or were misleading courts to Trump’s personal lawyer, Rudy Giuliani, who did not respond to a request for comment.

The DOJ did not immediately respond to requests to comment on Trump’s allegation. The FBI declined to comment.

Mr Page told CNN on Sunday he was never an agent of a foreign power, and that the documents overstated his ties to Russia. Page could not immediately be reached for comment by Reuters.

“I’ve never been an agent of a foreign power by any stretch of the imagination,” Mr Page told CNN.

“I’ve never been anywhere near what’s being described here.”

A spokesman for Mr Mueller, who is now leading the probe into Russia’s interference in the 2016 election, declined to comment on the President’s tweets.

Mr Trump has repeatedly criticised US law enforcement agencies that are investigating allegations of Russian meddling in the vote, and he has insisted there was no collusion with members of his campaign. Russia denies any interference.

Mr Trump’s statements on Twitter followed sharp criticism, including from some Republicans, of his meeting in Helsinki last week with Russian President Vladimir Putin.

At a joint news conference, Mr Trump failed to confront the Russian leader over Moscow’s alleged election interference and appeared to side with the Kremlin over US intelligence agencies.

The FBI documents included surveillance applications to the Foreign Intelligence Surveillance Court and warrants surrounding the investigation into Mr Page.

They included an initial application and requests for renewals that were filed in 2017, after Mr Trump took office.

“The FBI believes that Page has been collaborating and conspiring with the Russian government,” the surveillance application filed in October 2016 said.