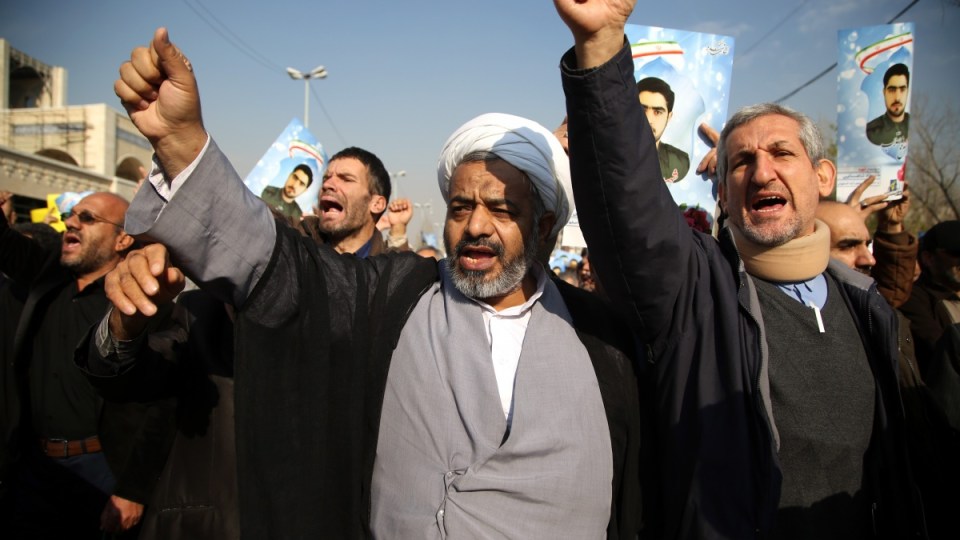 Looming US sanctions would hit Iran hard - and the country's are saying they will hit back just as hard. Photo: Getty

Iran’s supreme leader has backed President Hassan Rouhani’s proposal that Iran may block Gulf oil exports if its own exports are stopped, raising the prospect of a global oil-supply crisis.

“(Ayatollah Ali Khamenei) said remarks by the president … that ‘if Iran’s oil is not exported, no regional country’s oil will be exported,’ were important remarks that reflect the policy and the approach of (Iran’s) system,” Khamenei’s website said on Saturday.

Rouhani’s apparent threat earlier this month to disrupt oil shipments from neighbouring countries came in reaction to looming US sanctions and efforts by Washington to force all countries to stop buying Iranian oil.

If Iran were to block the Strait of Hormuz, the strategic bottleneck at the end of the Gulf, the world’s supply could be cut by as much as 30%.

Such a move would compound supply restrictions already flowing from the ongoing economic collapse in Venezuela, one of the world’s biggest producers and now on the brink of chaos.

Iranian officials have in the past threatened to block the Strait of Hormuz, a major oil shipping route, in retaliation for any hostile US action.

Khamenei used a speech to foreign ministry officials to reject any renewed talks with the United States after President Donald Trump’s decision to withdraw from a 2015 international deal over Iran’s nuclear program.

“The word and even the signature of the Americans cannot be relied upon, so negotiations with America are of no avail,” Khamenei said.

It would be an “obvious mistake” to negotiate with the United States as Washington was unreliable, Khamenei added according to his website.