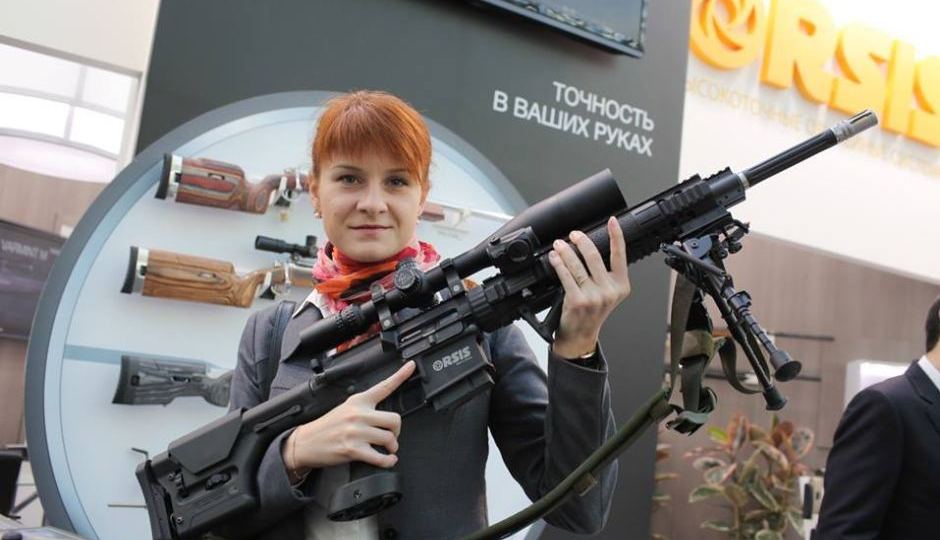 A 29-year-old Russian woman with links to the National Rifle Association (NRA) has been arrested and charged with conspiracy to act as an agent of Moscow.

Washington resident Maria Butina is accused of working at the direction of a high-level official who worked for the Russian Central Bank and was recently sanctioned by the US Treasury’s Office of Foreign Assets Control, the US Justice Department said in a statement on Monday.

The court records do not name the official.

However, the American University student and co-founder of pro-gun rights Russian advocacy organisation Right to Bear Arms, is pictured in numerous photographs on her Facebook page with Alexander Torshin, the deputy head of Russia’s Central Bank.

A person familiar with the matter confirmed to Reuters that Ms Butina worked for him.

Mr Torshin was sanctioned by the US Treasury Department in April.

Ms Butina was arrested on Sunday and denied bail pending a hearing set for Wednesday, the justice department said.

Ms Butina is alleged to have worked with two unnamed US citizens and the Russian official to try to influence American politics and infiltrate a pro-gun rights organisation.

The complaint does not name the group; however, photos on her Facebook page show she has attended events sponsored by the NRA.

According to court papers, Ms Butina met with US politicians and candidates, attended events sponsored by special interest groups – including two National Prayer Breakfast events – and organised Russian-American “friendship and dialogue” dinners in Washington with the goal of “reporting back to Moscow” what she had learned.

Gun activist with links to NRA charged with being Russian agent