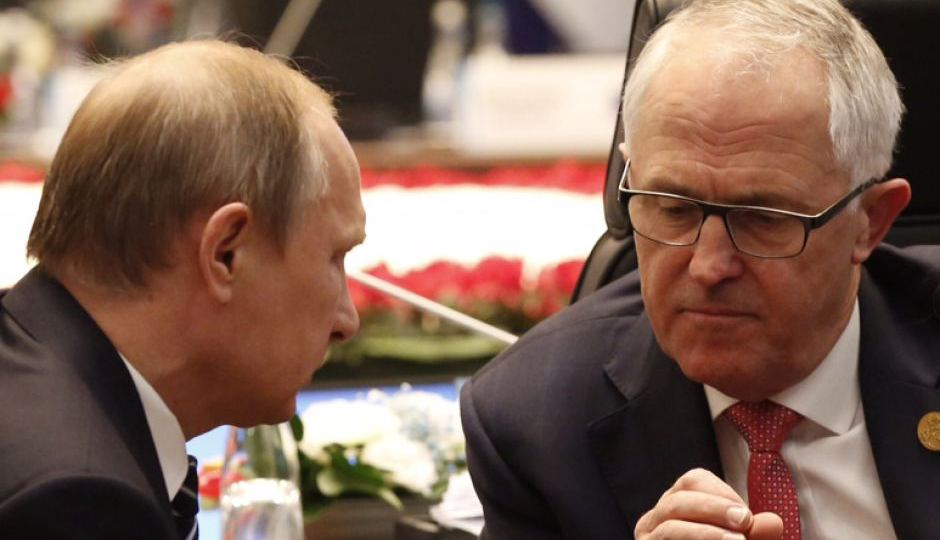 Malcolm Turnbull is taking Russian President Vladimir Putin’s advice not to trust anybody.

Mr Putin met United States President Donald Trump in Finland on Monday, and the US leader revealed he trusted his Russian counterpart ahead of his own intelligence services.

“President Putin himself said you shouldn’t trust anybody,” the prime minister told 3AW radio in Melbourne on Tuesday.

“I certainly don’t trust President Putin when he said he wasn’t responsible for the shooting down of MH17, which was four years ago today.”

President Trump said his intelligence agencies told him Russia had interfered in the 2016 US election, but he said Mr Putin rejected it in their meeting.

“I will say this, I don’t see any reason why it would be (Russia). President Putin was extremely strong and powerful in his denial today,” Mr Trump said.

When Mr Turnbull was asked if he believed Russia had meddled in the US election, he replied: “I find the evidence that’s been produced by the American intelligence community to be very compelling.”

“But obviously there is a difference of opinion inside America.”

The Prime Minister said he was working to protect Australia’s democracy from foreign interference with new laws.