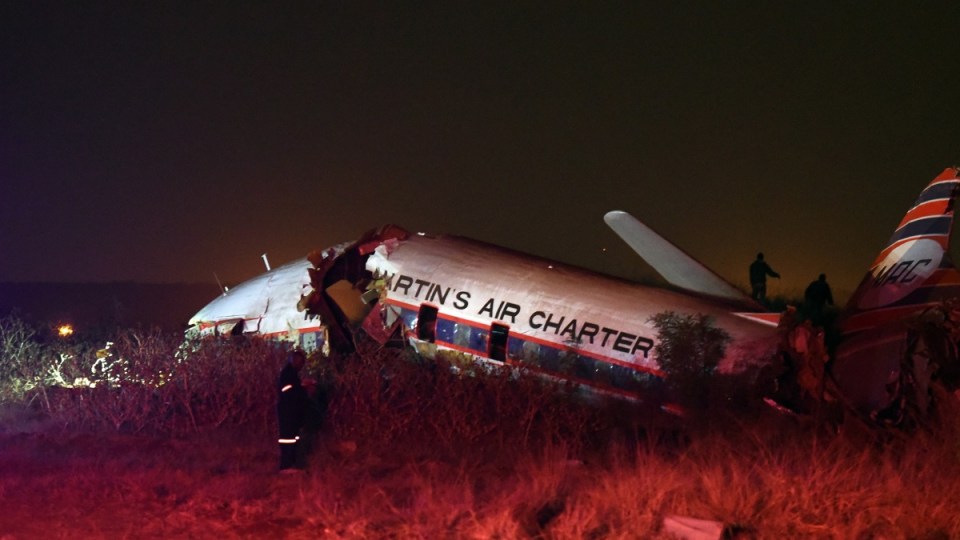 Training captain Douglas Haywood and recently retired captain Ross Kelly, both from NSW, were among 19 people aboard the 64-year-old aircraft that crashed shortly after take-off in Pretoria on Tuesday (Wednesday Australian time).

Local tourism operator Rovos Rail, which owned the ill-fated Convair 340, said both men were in stable conditions in hospital.

Mr Kelly’s wife Lyndal was also aboard the stricken flight and was in a stable condition last week.

The pilots’ flight engineer Chris Barnard and a person on the ground were killed when the plane experienced engine failure and crashed into a factory.

The Australian pilots, who both had three decades of experience at Qantas, had taken the recently restored vintage plane on a scenic flight ahead of a multi-stop journey to a Dutch museum.

In 2016, they made a similar journey when successfully flying a sister aircraft Convair 340 from Pretoria to NSW’s Historical Aviation Restoration Society.

The pilots are both avid members of HARS and various vintage aircraft organisations.