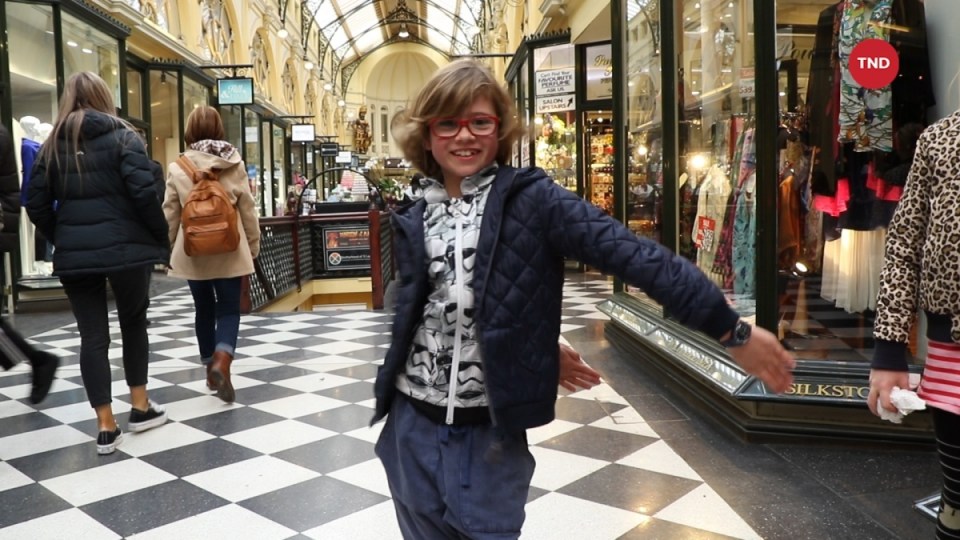 The floss dance is the latest viral dance craze to sweep the world. Photo: The New Daily

Children everywhere are going nuts for the ‘floss dance’, the latest video game-inspired craze that at least one school has decided to ban.

The dance looks innocent enough with its swinging arm motion and jaunty rhythm.

But in some circles its rise to popularity is seen as sinister, mostly because of its strong association with popular video shooting game Fortnite.

On Monday, Ilfracombe Church of England’s junior school in England became the first school to ban flossing in the playground, with principal Catherine Cox outraged over the violent nature of the game, where characters are rewarded by a dance of celebration if successful.

“Fortnite is extremely addictive and playing violent games is associated with real-life aggressive behaviour and mental health issues. Fortnite is a safeguarding concern and will be logged as such,” Ms Cox wrote to parents.

“This will be the same for children whose parents allow them to play games such as Grand Theft Auto, which is not only violent but treats other humans, especially females, with total disregard.”

The floss dance’s rise to fame

The dance initially gained momentum last year when Instagram sensation ‘The Backpack Kid’ reached mainstream fame after being scouted by singer Katy Perry, who asked him to perform with her on the popular TV show Saturday Night Live.

He stole the show and and soon everyone was trying to emulate his bizarre, robotic dance moves.

The post, which attracted more than three million likes, showed Brown dancing her way through an impressive remix of Mason’s song.

Brown, who sported sunglasses and a pair of flared jeans for the video, managed to make it through a few seconds of the song before bursting out laughing. “Flossing to my manz #masonramsey,” she wrote.

Flossing to my manz #masonramsey

Other celebrities including American football players and So You Think You Can Dance star Stephen Laurel “tWitch” Boss also stunned crowds after strutting his floss dance moves on Ellen earlier this year.

Elsewhere around the world, the dance craze has been embraced by parents and schools, with thousands of videos being shared online featuring children teaching adults the dance.

Concerns grow among parents over Fortnite

The New Daily spoke to several parents who said they were concerned by the video game’s rising popularity.

“It’s completely addictive and we’ve received notices from my son’s school and soccer club warning against the dangers of the game,” Ms Crisp said.

Another parent, who asked not to be named, said the game promoted mass killings and violence.

“The game is absolutely horrendous and I’ll never let my children play something with so much horrific violence,” the parent said.

“It’s a real battle with your children to try and stop them from playing Fortnite when all the kids at school are playing.”

But parent Jeremy Morgan said he wouldn’t stop his children playing the game.

“As long as you have a balance with screen time and getting outside, then I don’t have an issue with it at all.”

Passing fad or here to stay?

Like all dancing trends, the floss dance will eventually have an expiry date. So, love it or hate it, flossing will likely linger for a little longer until the next craze sweeps through.

Floss dance: What is it, how to do it and why some parents want it banned