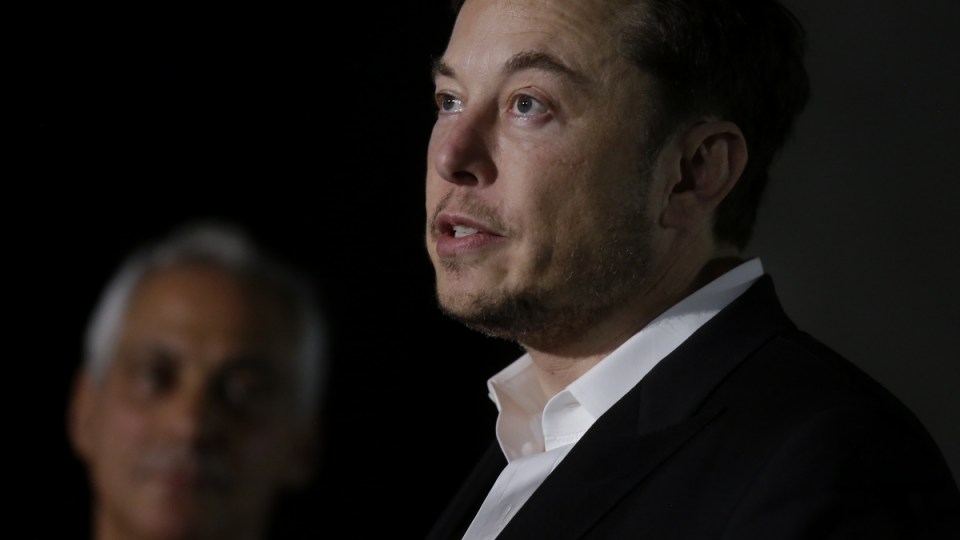 The US Justice Department has asked Tesla for documents relating to Elon Musk's statements in August. Photo: Getty

Tech entrepreneur Elon Musk has his team hard at work building a mini-submarine to assist with the rescue of the 12 young soccer players and coach trapped in a cave in Thailand.

The American billionaire, 47, said engineers from his rocket company SpaceX had been working with cave experts to determine the “primary path” to attempt the rescue.

They also created a “tiny, kid-size submarine” that uses the “Liquid oxygen transfer tube” from SpaceX’s Falcon rocket as the hull.

“Light enough to be carried by two divers, small enough to get through narrow gaps. Extremely robust,” Mr Musk posted on Twitter.

He added on Saturday that construction on the vehicle will be “complete in about 8 hours” after which it will be flown to Thailand from California on a 17-hour flight.

Continue to be amazed by the bravery, resilience & tenacity of kids & diving team in Thailand. Human character at its best.

Mr Musk suggested on Twitter that it would be “[f]itted for a kid or small adult to minimize open air” with “[s]egmented compartments to place rocks or dive weights” and “adjust buoyancy”.

The boys, aged 11 to 16, were trapped by rising floodwaters when they began exploring a cave in Thailand on June 23.