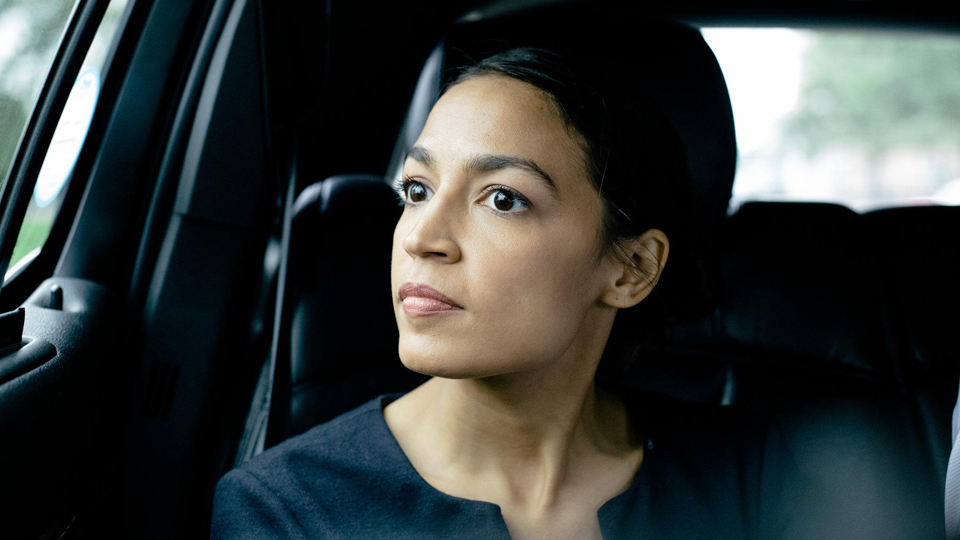 Alexandria Ocasio-Cortez made it to Congress on the back of a grass roots campaign. Photo: Annie Tritt / NYT

At the Parkchester apartments in the Bronx, neighbours heard the news from a maintenance worker: The woman down the hall had just won a primary and was probably headed for Congress.

At a popular restaurant in Union Square in Manhattan, workers struggled to comprehend that the young politician whose face was all over TV really was the same woman who had tended bar until a few months ago.

And on the streets of Midtown Manhattan on Wednesday morning, the candidate herself was trying to make sense of it all. Alexandria Ocasio-Cortez stood outside Rockefeller Center after appearing on MSNBC’s Morning Joe, juggling phone calls and live TV interviews and the well-wishes of doormen and office workers on their coffee breaks.

“I’m used to people kind of knowing me in the community,” said Ms Ocasio-Cortez, 28. But to have a stream of random people walk up and ask to take a selfie with her? “Insane.”

Ms Ocasio-Cortez, whose résumé up to now included waitress, children’s-book publisher, community activist, member of the Democratic Socialists of America and former Bernie Sanders campaign organiser, was now something else: an instant political rock star. She stunned the Democratic establishment by beating one of the senior leaders in the House, Joseph Crowley, in a near-landslide in Tuesday’s primary.

She is expected to have little difficulty defeating the Republican candidate, Anthony Pappas, in a predominantly Democratic district that takes in working-class, immigrant-heavy swaths of the Bronx and Queens in November.

Ms Ocasio-Cortez appeared to be adjusting to the intensity with the aplomb of a natural retail politician, graciously granting every request for a picture while staying cheerfully on a progressive message that has energised the Democrats’ left wing. “Thank you!” she said, over and over, eyes wide, smile wider, her hand flying to her chest. “Thank you so much.”

“When you won, I was bawling,” said Tahia Islam, 21, whose family lives in Queens and who was passing through the plaza on a break from her marketing job. “I had my whole family vote for you.”

“Oh my God, thank you!” Ms Ocasio-Cortez said. “Tell your family, thank you.”

Behind the scenes, of course, Ms Ocasio-Cortez’s rise has been a little less sudden. “For two years,” she said, “all I have been thinking about is 8.59 on June 26,” when the polls closed on Tuesday night.

But it goes back many years before that. As a teenager, Ms Ocasio-Cortez never hesitated to speak her mind during political conversations around the dinner table.

“There was nobody who could shut her up,” said her mother, Blanca Ocasio-Cortez. “I saw the political tendencies since she was very, very young.”

Ms Ocasio-Cortez’s mother was born in Puerto Rico. Her late father, Sergio Ocasio, an architect, was born in the Bronx. The family lived in Parkchester, a planned community of mid-rise buildings, in the same apartment where Ms. Ocasio-Cortez now lives, until Alexandria was about five, when they moved an hour north to a modest two-bedroom house on a quiet street in Yorktown Heights, a suburb in Westchester County, in search of better schools.

At Yorktown High School, Ms Ocasio-Cortez was a serious science student and won second place in the Intel International Science and Engineering Fair in 2007. She presented her project, on the anti-ageing effect of antioxidants in roundworms, to the town board of education, her science teacher Michael Blueglass said.

“One of the administrators wasn’t there at the beginning and came in after she started, and he said to the superintendent, ‘What company is she from?’” Mr Blueglass recalled. “The superintendent said, ‘She’s a 17-year-old senior in our high school.’ She presented herself, verbally, visually, everything, as if she was a 30-year-old professional presenter businesswoman even though she was 17 years old.”

Mr Blueglass said that even as a teenager, Ms Ocasio-Cortez looked at science research through a political lens. “She was interested in research to help people in all areas, including developing nations, not just for the people with money.”

Ms Ocasio-Cortez went off to Boston University. Her father died early in her sophomore year. She took only a week off from school, and afterward, threw herself into her studies. “She jumped from having good grades to being on the dean’s list,” her mother said.

She majored in economics and international relations, impressing the professor who taught an anti-trust economics class, Marc Rysman, with “great analytic abilities”.

She also dabbled in establishment politics during college, working for Senator Edward M Kennedy, Democrat of Massachusetts, on immigration, but soon turned her attention to the grassroots work that would come to define her candidacy.

Returning to the Bronx after graduation, she began advocating improved childhood education and literacy, starting a children’s book publishing company that sought to portray her home borough in a positive light.

She returned to national politics when she worked as an organiser for the Sanders campaign. She has credited her decision to seek office with her experience protesting at the Standing Rock Sioux Tribe reservation in 2016 against the Dakota Access Pipeline. Around that time, she was contacted by Brand New Congress, a newly formed progressive organisation that asked her to run.

She has also worked for years teaching summer courses in community leadership to high school students for the National Hispanic Institute.

She continued working until February behind the bar at Flats Fix, a taco restaurant in Union Square (where a photo of her mixing a drink still adorns their home page), heading off to political meetings and fundraising house parties after her shift.

“I spent the entire first part of this campaign just going to people’s living rooms and having them invite their neighbours, and just doing little coffee parties for like six or seven months,” she said. “And that’s how we really started this campaign.”

Her campaign evolved into something of a digital and door-to-door crusade. She and her campaign’s digital staff used Facebook, Twitter and Instagram to turn out new voters and push a progressive message that included calls for tuition-free public colleges, Medicare for All and the abolition of the Immigration and Customs Enforcement agency.

“The scope of the digital effort for a campaign like this was massive,” said Jake DeGroot, who helped to manage Ms Ocasio-Cortez’s digital efforts. About 30 volunteers used a private WhatsApp group to co-ordinate social media strategy, according to Ananya Kumar-Banerjee, another volunteer with the campaign.

On Facebook, Ms Ocasio-Cortez’s team spent months refining and testing various get-out-the-vote messages and campaign announcements in English and Spanish. Since early May, when Facebook began archiving political ads in a public database, Ms Ocasio-Cortez’s campaign purchased about 180 ads for her official Facebook and Instagram pages. Mr Crowley’s campaign bought 110 Facebook and Instagram ads during the same time period, all in English.

Ms Ocasio-Cortez also kept with her ground game, saying it was important to “commit to grassroots, on-the-ground organising, to knocking on those doors and making those numbers and phone calls”.

On Tuesday, Primary Day, Ms Ocasio-Cortez still did not know where she was going to have her “watch party” for the election results. She finally settled on a billiards hall in the Bronx.

In the car there, she put her phone away and did not check the returns. “Everybody in the car we were in was so nervous,” she said. “We were just like, ‘Don’t check it, don’t check’.”

As the car pulled up, Ms Ocasio-Cortez saw through a window a headline on a screen inside that put her in the lead.

“So I just started running,” she said. “I literally ran and I busted through the doors.”

With one win, Alexandria Ocasio-Cortez emerges as a political star