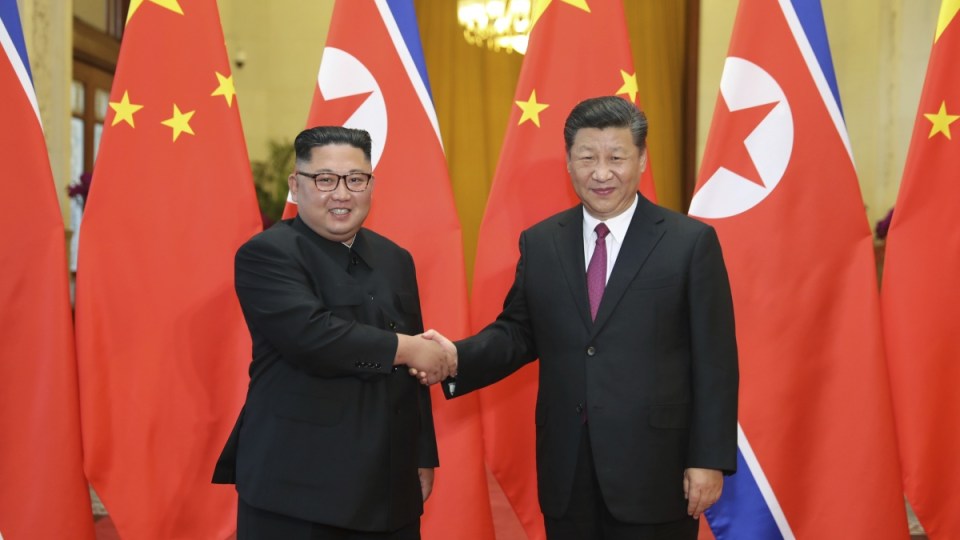 The leaders of North Korea and China have met and exchanged their views on the way forward. Photo: AAP

The meeting between Mr Kim and Mr Xi came on the North Korean leader’s second and last day of his latest visit to Beijing, where he briefed the Chinese President on his summit with US President Donald Trump last week.

They exchanged “serious views” on the present and “new” situation, the Korean Central News Agency said.

On Tuesday, Mr Kim and Mr Xi were reported by North Korean media to have reached an understanding on the denuclearisation of the Korean peninsula after discussing the outcome of the US-North Korea summit.

South Korean President Moon Jae-in has urged North Korea to present actionable plans on how it will scrap its nuclear program, and for the US to swiftly take unspecified corresponding measures.

Before meeting with Mr Xi on Wednesday, Mr Kim visited an agricultural institute run by the Chinese Academy of Agricultural Sciences, KCNA said, where he saw vegetables being grown inside.

The North Korean leader also visited a traffic control centre in Beijing before leaving for Pyongyang on Wednesday afternoon, KCNA said. The visits to the two locations were also reported by Chinese media on Wednesday.

Mr Kim has pledged to make the economy in North Korea a priority after he had announced the achievement of a long-held ambition to develop nuclear weapons.

In recent months, North Korean media has frequently stressed advancements in its agricultural and industrial sectors.

In Singapore, Mr Kim lauded the “clean, beautiful and advanced” nation, and said he had learned much from the prosperous country.