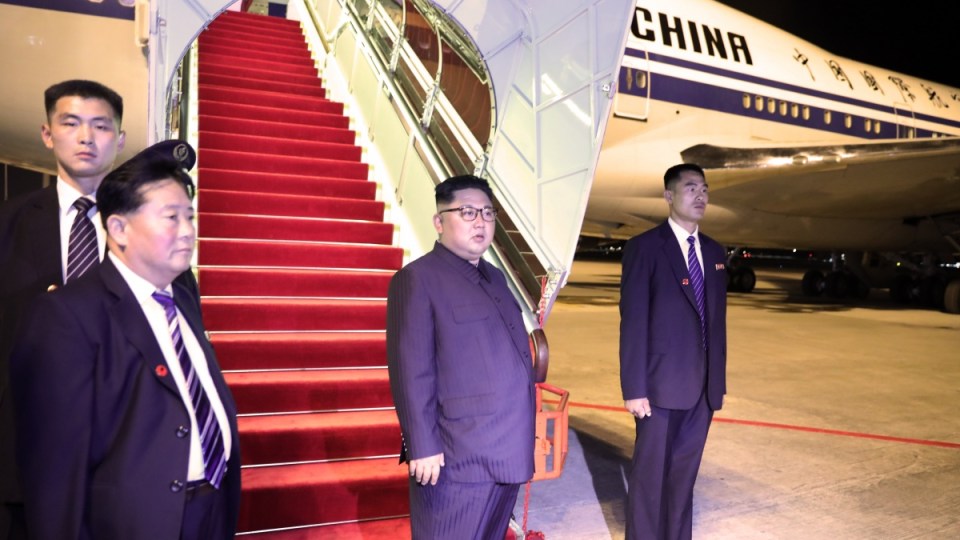 Mr Kim also promised Mr Xi that he would co-operate with Chinese officials to secure “true peace” in the process of “opening a new future” on the Korean peninsula, it said.

State media from both nations said Mr Kim’s two-day visit to Beijing would end later on Wednesday. It follows his Singapore summit, where Mr Kim and Mr Trump reaffirmed a commitment to work towards denuclearisation of the Korean peninsula.

Mr Trump surprised officials in South Korea and the US after that meeting by saying he would end “provocative” joint US-South Korean military exercises.

The US and South Korea said on Tuesday they had agreed to suspend a joint military exercise scheduled for August. There have been no decisions on subsequent drills.

It is Mr Kim’s third visit to China this year. Mr Xi offered high praise to the North Korean leader for the “positive outcome” of the Singapore summit.

KCNA also reported that Mr Xi said relations between China and North Korea had entered a new level of development since Mr Kim’s first visit in March. Agreements between the two leaders were being carried out “one-by-one”, it said.

Mr Kim also told Mr Xi he was willing to bolster the bilateral friendship and co-operation, it said.

It was expected that Mr Kim would visit Beijing to brief Mr Xi on his summit with Mr Trump, which included and agreement that Pyongyang would hand over the remains of troops missing from the 1950-53 Korean War.

Two US officials told Reuters on Tuesday that North Korea could start that process within days.