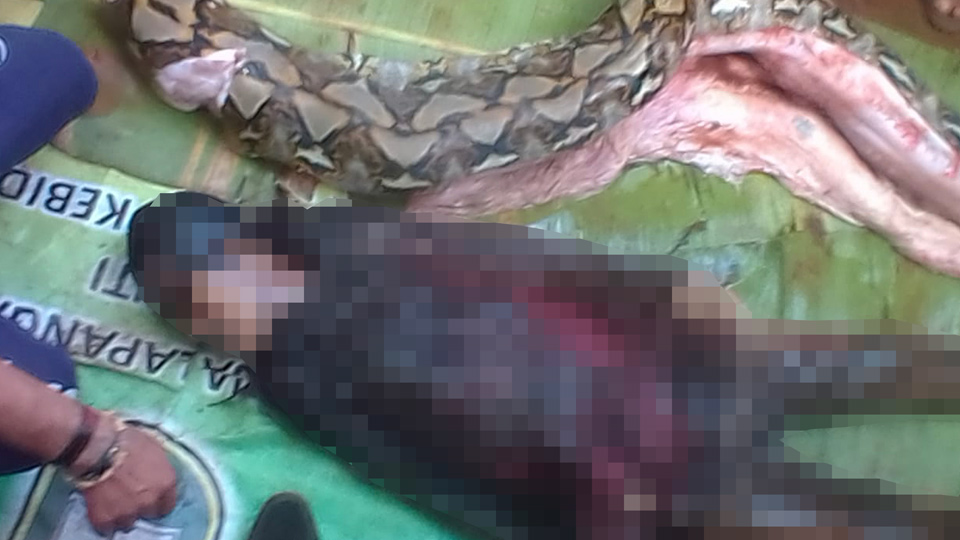 The body of the 54-year-old was found inside the python's stomach by Indonesian villagers. Photo: Getty

A seven-metre-long python has swallowed a woman in central Indonesia, a village official says.

The victim, 54-year-old Wa Tiba, went missing while checking her vegetable garden near her village on Muna island in Southeast Sulawesi province on Thursday evening, according to the village chief, Faris.

On Friday, her family went to look for her at the garden but found only her belongings, including sandals and a flashlight, said Faris, who uses a single name.

The family and villagers launched a search for the woman, and found the snake with a bloated belly about 50 metres from where her belongings were found.

The villagers killed the snake and carried it to the village.

“When they cut open the snake’s belly they found Tiba’s body still intact with all her clothes,” Faris said on Saturday. “She was swallowed first from her head.”

Faris said the victim’s garden, about one kilometre from her house, is located in a rocky area with caves and cliffs believed to contain reticulated pythons, which are widespread in Indonesia and other parts of south-east Asia.

They grab onto their prey with dozens of sharp curved teeth and then squeeze it to death before swallowing it whole.

Reports of humans being killed by pythons are extremely rare. In the wild they are known to eat monkeys, pigs and other mammals.

It was the second python attack on a human in Indonesia since March last year, when a 25-year-old man was swallowed whole by a python in West Sulawesi province.

Enormous python swallows woman whole while she is gardening