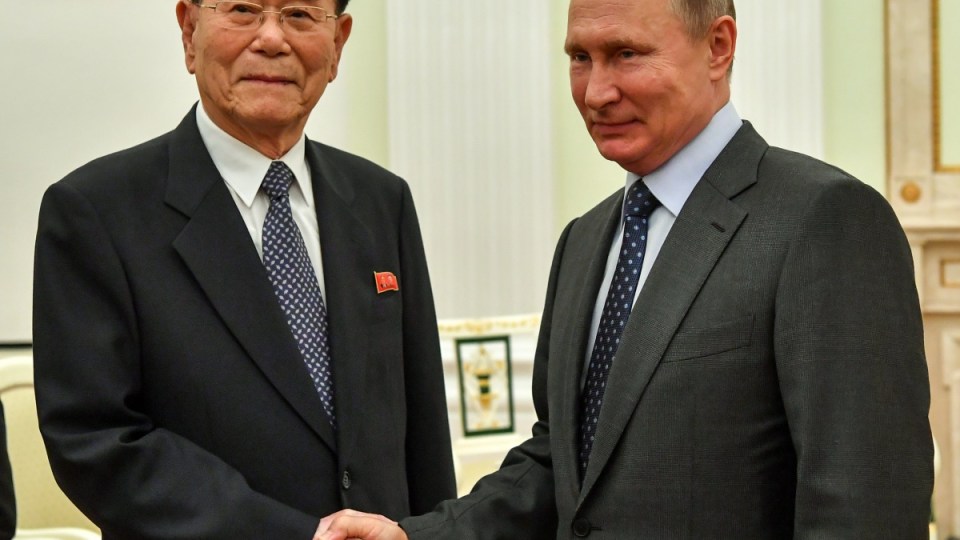 Russian President Vladimir Putin has met with a senior North Korean official in Moscow and asked him to pass an invitation to North Korean leader Kim Jong-un to visit Russia in September.

The Russian leader met with head of the presidium of North Korea’s Supreme People’s Assembly Kim Yong-nam on Friday (Thursday local time), at which he handed over an invitation for Mr Kim.

“I would like to re-extend, and ask you to convey to the leader of North Korea Kim Jong-un, our invitation to visit Russia,” Mr Putin told Mr Yong-nam.

Mr Putin suggested the meeting could take place during the Eastern Economic Forum in the city of Vladivostok in September, or it could be organised separately.

“We can schedule this meeting regardless of international events between our foreign ministries,” he said.

Mr Putin also said he welcomed Tuesday’s meeting between Mr Kim and US President Donald Trump in Singapore, praising “both leaders’ good will”.

“We also welcome and praise the outcome of the meeting between the leader of North Korea, comrade Kim Jong-un, and US President Donald Trump that took place recently,” Mr Putin said.

He said the previous war of words between the US and North Korea had “worried the entire world and could entail grave consequences”.

“Now there are prospects of resolving the problems by peaceful political and diplomatic means.”

“Above all, I have the honour to convey to you, with special respect, sincere regards from Chairman of the State Council of the DPRK Comrade Kim Jong-un,” he said.

The North Korean official also congratulated Mr Putin on his re-election as President and on Russia hosting the World Cup.

He said it was “an important opportunity to celebrate the great Russian nation across the world, and also to maintain economic growth and promote physical fitness and sport”.