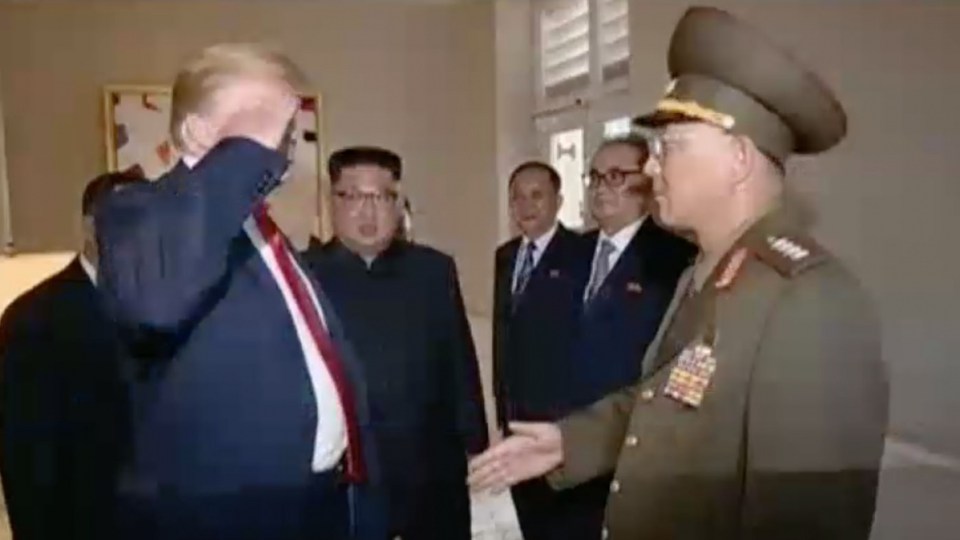 North Korea has released its own unique take on the historic summit between Kim Jong-un and Donald Trump, and it includes one awkward moment.

In vision aired by North Korean state TV, Mr Trump and one of Mr Kim’s top generals struggle to get their greetings right.

As the US President offers to shake hands, Minister of People’s Armed Forces of North Korea, No Kwang-chol, instead salutes.

Mr Trump then returns the salute but is met by General No waiting for a handshake, before the pair eventually get it right.

Mr Trump’s decision to salute a top military official from an authoritarian country with a long history of human rights abuses raised many eyebrows.

“This is a moment that will be used over and over in North Korea’s propaganda as ‘proof’ that the American President defers to the North Korean military,” Jean H Lee, a North Korea scholar at the Woodrow Wilson Centre in Washington, told The Washington Post.

“It will be treated as a military victory by the North Koreans.”

I’ve saluted many times in my life. This sure as hell wouldn’t have been one. Awful. https://t.co/t5JPKEf3lV