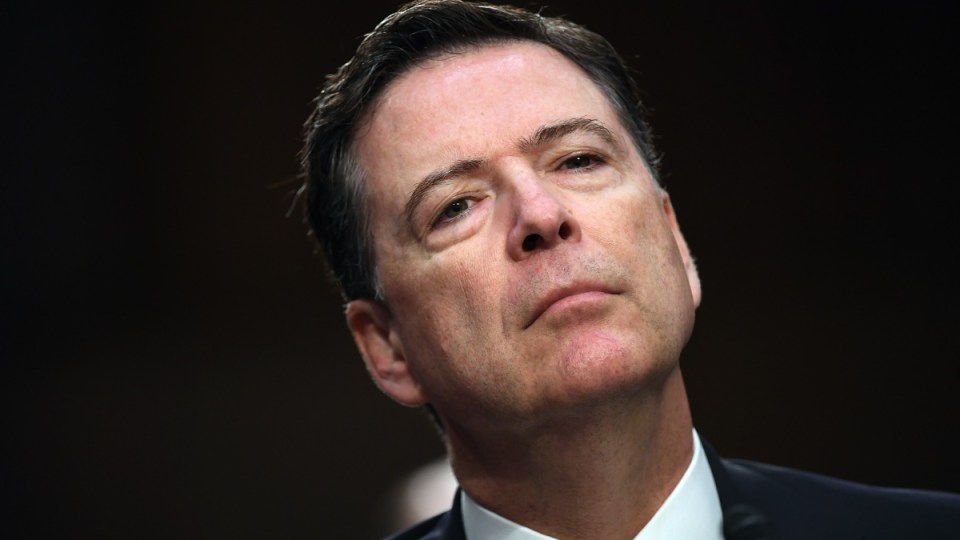 Former FBI Director James Comey made a “serious error of judgment” when he announced shortly before the 2016 US presidential election that he was reopening an investigation into candidate Hillary Clinton’s use of a private email server, the Justice Department’s internal watchdog says.

But Inspector General Michael Horowitz also concluded in a long-awaited, 500-page report that Mr Comey did not exhibit any political bias in his actions or try to influence the election.

A long-serving law enforcement official, Mr Comey became a controversial figure in the 2016 election, drawing accusations from both Republicans and Democrats that his handling of an investigation into Mrs Clinton’s emails influenced the campaign.

Mr Comey later headed a separate probe into alleged ties between President Donald Trump’s campaign and Russia. Mr Trump fired him as head of the FBI in 2017 and has frequently criticised him since.

Both sides of the partisan divide in US politics are expected to use the Horowitz report released on Thursday to press their cases against Mr Comey.

The inspector general’s inquiry has focused on public statements made by Mr Comey about Democrat Clinton’s use of a private email server, instead of a State Department server, while she was secretary of state.

In October 2016, less than two weeks before Election Day, Mr Comey sent members of congress a letter disclosing that a probe into Mrs Clinton’s emails was being reopened after new emails were found.

Mrs Clinton has said that Mr Comey’s letter contributed to her unexpected defeat by Trump.

Two days before the November 8 election, Mr Comey said the FBI had found no additional evidence in the new emails.

John Podesta, who ran the Clinton campaign, said “the report demonstrates beyond doubt” that Mr Comey was unfair to Mrs Clinton by announcing developments of the email investigation during the campaign while not revealing the presence of the separate probe beginning in July 2016 into the Trump campaign and Russia.

“This report confirms what we have known for a long time – that the FBI inappropriately applied a double standard to the Clinton and Trump investigations which hurt her and helped elect him,” Mr Podesta told Reuters.

The report sharply criticised Mr Comey for violating Justice Department policies and accused him of usurping the authority of then Attorney General Loretta Lynch when in July 2016 he announced there would be no charges against Mrs Clinton for her email use as secretary of state.

Mr Trump and his allies have accused a clique of FBI and Justice Department officials of working against him.

The Horowitz report was highly critical of Peter Strzok and Lisa Page, two FBI staff members who exchanged highly charged political messages, finding their texts cast a cloud over the FBI and created the appearance of bias.

In one newly released email from August 2016, Ms Page wrote to Mr Strzok asking “[Trump’s] not ever going to become president, right? Right!”

In July 2016, Mr Comey held an unusual news conference to explain why the FBI would not be recommending criminal charges against Mrs Clinton over her use of the private server for some official business.

He chastised Mrs Clinton for being “extremely careless” but said there was insufficient evidence to charge her with a federal crime. That upset Republicans who said Mr Comey’s statement could have helped Mrs Clinton’s election campaign.

Mr Trump’s allies have signalled they will use the Horowitz report to press their argument that Mr Comey did not act properly while overseeing the Russia probe.

Ms Page and Mr Strzok were involved in both the Clinton and Russia probes. Mueller removed Mr Strzok from his team after Mr Horowitz disclosed the texts to him.