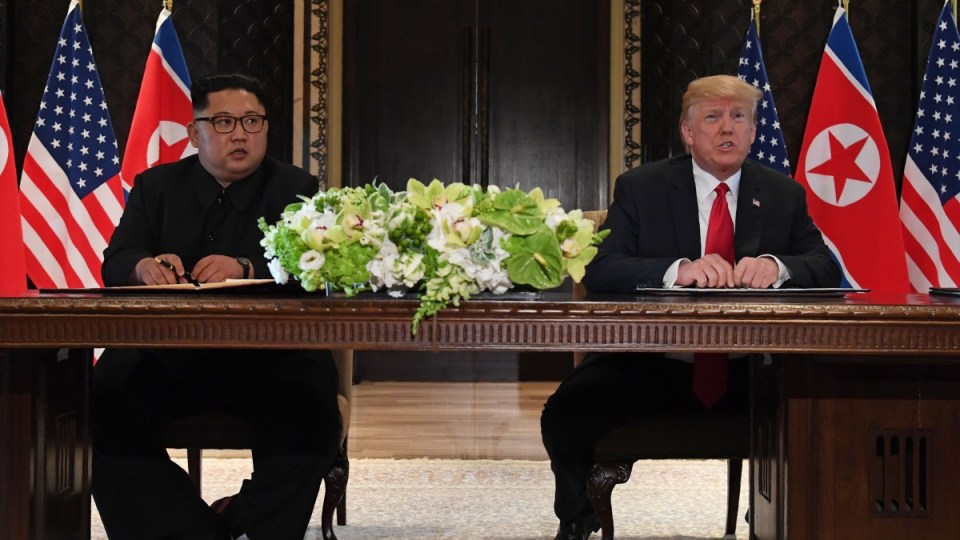 US President Donald Trump and North Korean leader Kim Jong-un have signed what they both characterised as a historic deal following the first-ever meeting between the two leaders, held in Singapore.

Mr Trump told the expectant media the pair had a “great relationship” and a “great time” together, without giving away any detail on their agreement.

Through a translator, Mr Kim said it had been a “historic meeting” and that the two leaders had “decided to leave the past behind”.

“We are about to sign a historic document. The world will see a major change,” Mr Kim said.

“I would like to express my gratitude to President Trump to make this meeting happen. Thank you.”

Photos of the signed agreement revealed it contained four points:

“A lot of goodwill went into this, a lot of work, a lot of preparation. I want to thank everybody on both sides,” Mr Trump said.

The document was signed at Singapore’s Capella hotel after a working lunch aimed at discussing ways to end the nuclear standoff on the Korean peninsula.

Before the signing, the two leaders strolled in a courtyard flanked by palm trees and tall grass before briefly talking with reporters.

Should the pair have succeeded in a diplomatic breakthrough, it could bring lasting change to the security landscape of North-East Asia.

The combatants of the 1950-53 Korean War are technically still at war, as the conflict, which claimed millions of military and civilian lives, was concluded only with a truce.

‘The world will see a major change’: Trump signs agreement with Kim