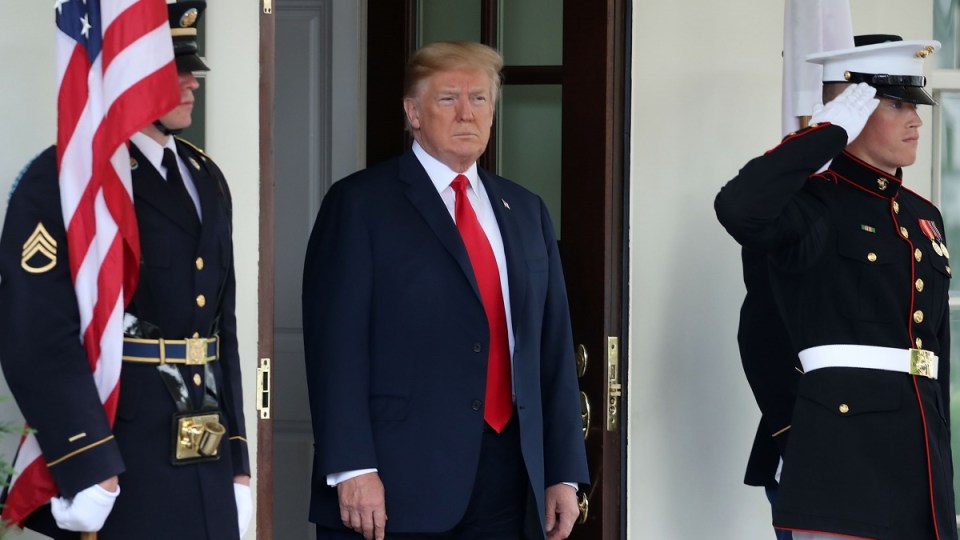 Mr Trump says his discussions with Mr Kim could take more than one meeting. Photo: Getty

US President Donald Trump says he may invite North Korean leader Kim Jong-un to the United States if their summit in Singapore next week goes well.

The President also said he could envision a normalisation of ties between the US and North Korea if a deal is reached with Mr Kim.

“Normalising relations is something that I would expect to do after everything is complete,” he said.

The President’s positive comments come a day after his personal lawyer Rudi Giuliani told a conference in Israel that Mr Kim “got on his hands and knees and begged” for the summit to go ahead in a letter last week.

Mr Trump made no reference to Mr Giuliani’s claims on Friday, saying only that Mr Kim’s hand-delivered letter was “very nice”.

“It was just very nice, but did not say much other than we look forward to seeing you,” he said.

Mr Trump also made clear the US, South Korea, Japan and China will help North Korea’s economy if a deal is reached.

Mr Abe said a “major step” was about to be taken with the Trump-Kim summit.

“President Trump, you are about to make a new history,” the Japanese PM said via an interpreter.

“Not only Japan, but the whole International community is strongly looking forward for the United States-North Korea summit to open doors toward peace and stability for northeast Asia,” he said.

Earlier Friday, Mr Trump promised the summit would be “more than a photo-op” and that it could extend beyond a single day.

“Looks like the meeting is set. The summit is all ready to go. Subject always to change. You never know in this world,” the President told reporters in the Oval Office.

Mr Trump said North Korea had to give up its nuclear weapons and the US could add more sanctions if necessary.

“If they don’t denuclearise, that will not be acceptable,” he  said.

“We cannot take sanctions off. The sanctions are extraordinarily powerful. And I could add a lot more but I’ve chosen not to do that at this time, but that may happen.”

Mr Trump said he didn’t think he had to prepare too much for his meeting with Mr Kim.

“I don’t think I have to prepare very much. It’s about attitude. It’s about willingness to get things done,” he said.

“I think it’s going to be a very fruitful meeting.”

Mr Trump and Mr Abe are holding their second meeting in less than two months to discuss the President’s upcoming summit with Mr Kim.

Mr Abe has said he will urge Mr Trump to raise the issue of Japanese abductees held in North Korea during his discussions with Mr Kim.

“Ahead of this historic US-North Korea summit, I will meet President Trump to coordinate in order to advance progress on the nuclear issue, missiles and – most importantly – the abductees issue, I want to ensure the US-North Korea summit will be a success,” Mr Abe said Thursday.

Mr Abe most recently traveled to the US in April to meet with Mr Trump at his Mar-a-Lago estate in Florida, where he warned trump of North Korean negotiating ploys and urged him to closely coordinate with Japan ahead of the summit.