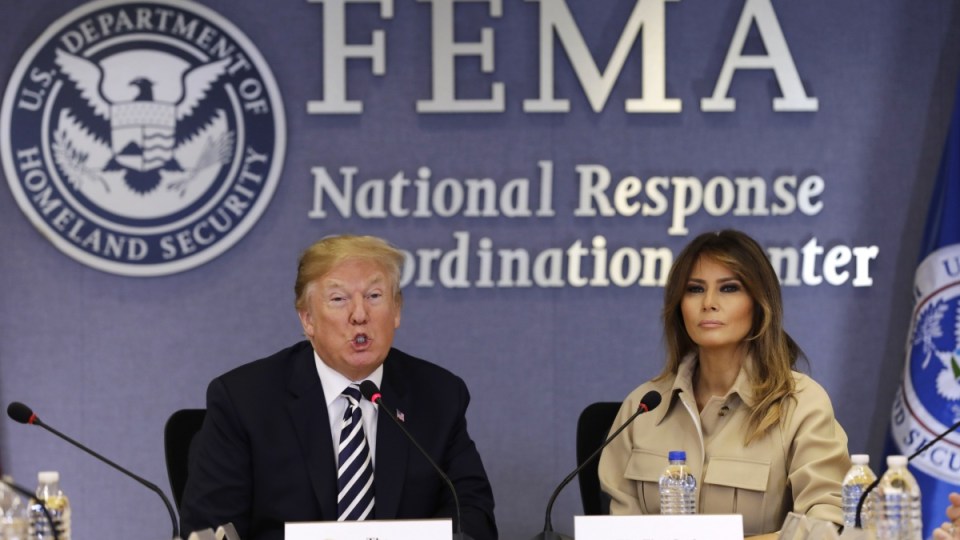 Melania Trump made her first public appearance in almost a month as Donald Trump scathed media reports about her absence. Photo: Getty

US President Donald Trump has lashed out media reports questioning his wife Melania’s recent absence from public appearances, calling them “so unfair and vicious”.

“They reported everything from near death, to facelift, to left the WH (and me) for NY or Virginia, to abuse,” the President said.

“All Fake, she is doing really well!”

The Fake News Media has been so unfair, and vicious, to my wife and our great First Lady, Melania. During her recovery from surgery they reported everything from near death, to facelift, to left the W.H. (and me) for N.Y. or Virginia, to abuse. All Fake, she is doing really well!

He also took aim at the media’s “sick narrative”, saying “four reporters spotted Melania in the White House last week walking merrily along to a meeting”.

“They never reported the sighting because it would hurt the sick narrative that she was living in a different part of the world, was really ill, or whatever. Fake News is really bad!”

The attack came hours after Mrs Trump made her return to the public spotlight, shoulder-to-shoulder with her husband at the head of a conference table at the Federal Emergency Management Agency (FEMA) headquarters in Washington.

“We’re very proud of her, she’s done a fantastic job as First Lady.

The FEMA function was Mrs Trump’s first public appearance outside the White House since May 10.

On Monday, the First Lady strolled into a closed-door White House event for military families and swept away the wild speculation that she was incapacitated or had otherwise vanished.

The White House did not allow journalists to cover the Gold Star event out of respect for the families, which meant Mrs Trump was seen in person only by the 40 or so families and administration officials who attended. Others had to keep an eye on social media.

Video posted on Twitter showed the first lady, who wore a black sleeveless dress and her trademark stilettos, strolling into the East Room accompanied by the president.

“Rest assured, I’m here at the @WhiteHouse w my family, feeling great, & working hard on behalf of children & the American people!” she wrote.