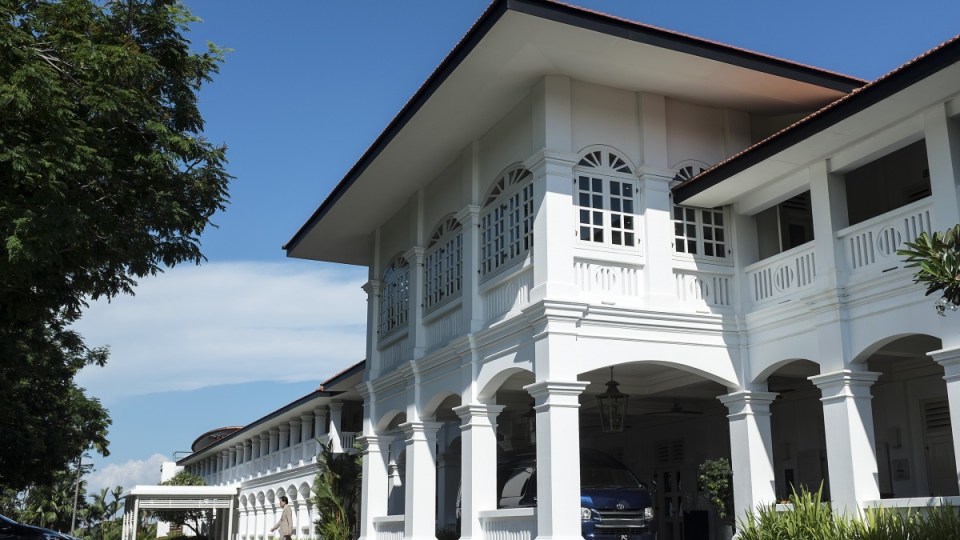 The Capella Hotel was once a symbol of colonial power. Photo: Getty

Donald Trump and Kim Jong-un will discuss the denuclearisation of the Korean peninsula at a luxury, five-star resort on the southern Singapore island of Sentosa.

The White House on Wednesday morning (AEST) announced that the five-star Capella Hotel would host the historic, June 12 summit between the two leaders as preparations are accelerated for the event.

Singapore has declared its central region, home to its foreign ministry, as a special security zone from June 10 to 14.

In its online gazette, the Singapore government amended the area to include Sentosa and an area of the sea stretching more than 1km off its southwestern shore.

White House spokeswoman Sarah Sanders said in a Twitter post on Tuesday that “the venue for the Singapore summit between @POTUS and Leader Kim Jong Un will be the Capella Hotel on Sentosa Island. We thank our great Singaporean hosts for their hospitality.”

UPDATE: The venue for the Singapore summit between @POTUS and Leader Kim Jong Un will be the Capella Hotel on Sentosa Island. We thank our great Singaporean hosts for their hospitality.

The Singapore government has said police would make stricter checks of people and personal belongings and items such as public address systems and remotely piloted aircraft system would be prohibited in the area.

Ms Sanders told reporters on Monday in Washington that the summit would start at 9am local time on the morning of June 12.

National security advisers are briefing Mr Trump daily about the summit, which he wants to use as a vehicle to persuade Mr Kim to shut down North Korea’s nuclear weapons program.

Set on 12 hectares of lush, manicured greenery, the Capella’s 112 rooms, suites, villas, and ‘colonial manors’ were built in restored 18th century buildings that once included an officers mess for the British Army.

Designed by renowned British architect Norman Foster, the Capella has previously hosted entertainers including Madonna and Lady Gaga on concert tours of Singapore.

It is not clear exactly where Mr Trump and Mr Kim will stay at the hotel, but previous reports have suggested that the North Korean leader desires a suite and that the US government may be willing to pay for it.