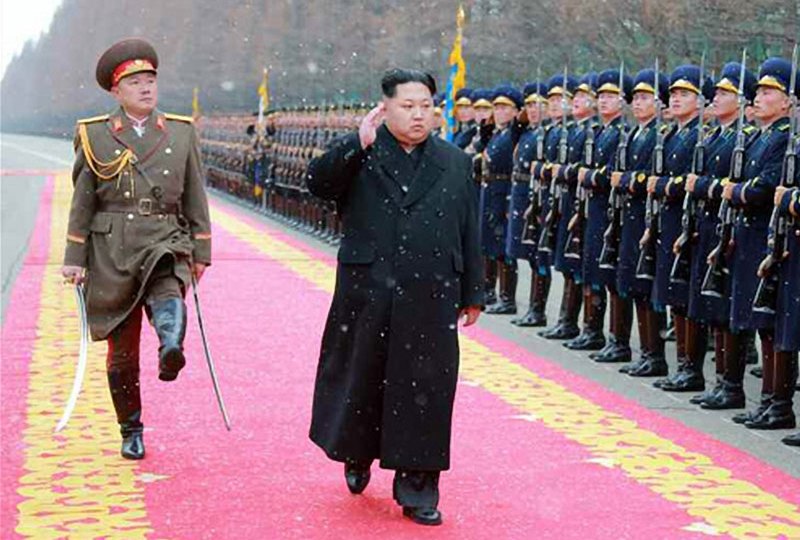 The meeting would be the first time Mr Kim has hosted a fellow head of state. Photo: AAP

With US President Donald Trump’s historic summit with Kim Jong-un just over a week away, the North Korean leader has raised eyebrows by announcing another meeting with a world leader.

North Korean state media has reported Syrian President Bashar al-Assad will travel for what would be the first meeting between Mr Kim and a fellow head of state in Pyongyang.

Mr Assad, who has frequently been criticised by Mr Trump for his conduct during the protracted Syrian civil war, was quoted by North Korea’s KCNA news agency as saying: “I am going to visit the DPRK and meet (His Excellency) Kim Jong-un,” using the initials of the country’s official name, the Democratic People’s Republic of Korea.

The Syrian President reportedly made the remarks as he received his credentials for the visit from North Korean Ambassador Mun Jong-nam on May 30.

While the Syrian President’s office is yet to announce the visit, just the suggestion that Mr Assad has asked to visit North Korea will affect the White House efforts to define an agenda for Mr Trump’s planned June 12 summit in Singapore with Mr Kim.

Pyongyang and Damascus maintain good relations, and United Nations monitors have accused North Korea of co-operating with Syria on chemical weapons, a charge the North denies.

Both countries have faced international isolation — North Korea over its nuclear weapons program, and Syria over its tactics during its bloody civil war.

“The optics are horrendous given that Kim Jong-un is trying to posture as a good guy,” Sue Mi Terry, the Korea chair at the Centre for Strategic and International Studies in Washington told the New York Times.

“Hosting Assad, one of the worst butchers on the planet, as your first foreign leader visit is not a good PR move,” she said.

Since the beginning of the year, Mr Kim has launched a flurry of diplomatic meetings with leaders in China and South Korea.

Since taking power in 2011, Kim has not publicly met with another head of state in North Korea.

“The world welcomes the remarkable events in the Korean peninsula brought about recently by the outstanding political calibre and wise leadership of HE (His Excellency) Kim Jong-un,” Mr Assad said, according to KCNA.

“I am sure that he will achieve the final victory and realise the reunification of Korea without fail.”

David Maxwell, associate director for the Centre for Security Studies at Georgetown University, told the NYT that given the upcoming summit with Mr Trump, a possible visit from the Syrian leader was puzzling.

“I am struggling to figure it out and trying to put aside my Western bias and look at from Kim Jong-un’s perspective,” Mr Maxwell was quoted as saying.

“If they think it enhances their legitimacy, then they certainly don’t have a good understanding of the international community, and certainly what the US is going to think about it,” he said.

According to South Korea’s foreign ministry, North Korea established diplomatic relations with Syria in 1966, opening its embassy in Damascus. Syria opened its mission in Pyongyang in 1969.

Close military co-operation between the two countries began when North Korea sent some 530 troops including pilots, tank drivers and missile personnel to Syria during the Arab-Israeli war in October 1973.

“The Syrian government will as ever fully support all policies and measures of the DPRK leadership and invariably strengthen and develop the friendly ties with the DPRK,” KCNA quoted Mr Assad as saying.