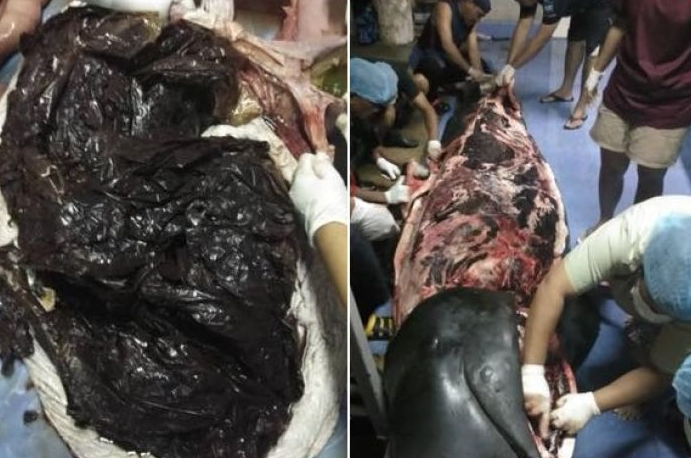 A mass of black plastic came to light during an autopsy. Photo: Dept of Marine and Coastal Resources

Thailand coastal authorities say a whale found in the south of the country died after swallowing 80 plastic bags.

The whale was spotted in a canal near the Malaysian border, unable to swim.

Officials tried to help by covering it with a sunshade and attempting to use boats to help it float, the BBC reported.

But it suffered convulsions during the rescue attempt and vomited five plastic bags shortly before it died.

Thailand is one of the world’s largest consumers of plastic bags, which kill hundreds of marine creatures living near the country’s beaches each year.

Last month, the Thai government said it was considering a levy on disposable plastic shopping bags.

A study published this year revealed there was up to 16 times more waste in the Pacific Ocean than previously thought.