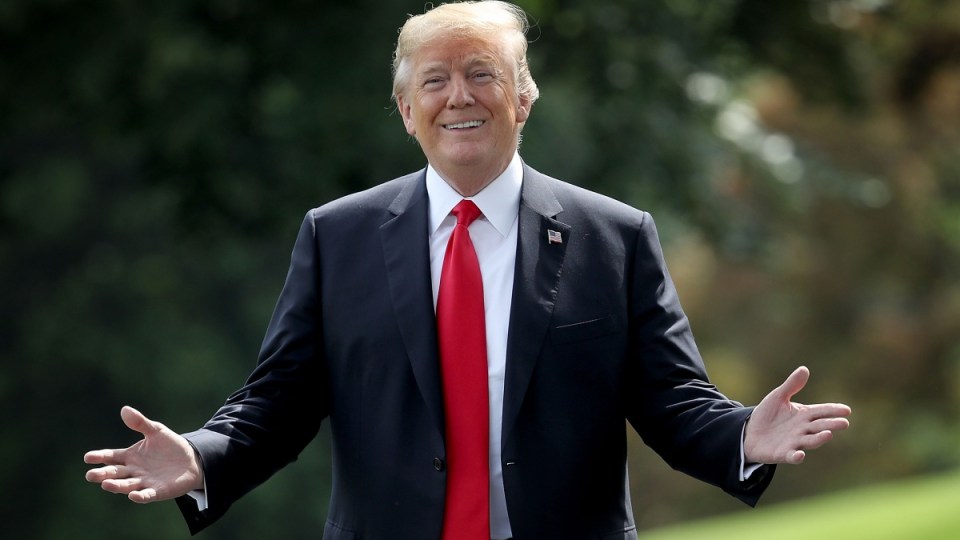 The President is looking forward to reading the letter, saying a June 12 meeting may go ahead. Photo: Getty

US President Donald Trump says he is looking forward to reading a letter from Kim Jong-un, due to be personally delivered by one of the North Korean leader’s top aide’s later on Friday local time.

Secretary of State Mike Pompeo concluded talks with senior North Korean official Kim Yong-chol on Friday morning (AEST), saying “good progress” was made as they sought to salvage the proposed historic summit between their leaders.

Mr Trump earlier told reporters he was expecting the delegation, led by Mr Chol, to travel to Washington to deliver a letter from leader Mr Kim.

“I look forward to seeing what’s in the letter,” the President said as he left Joint Base Andrews for a trip to Houston.

Asked of the prospect of the denuclearisation meeting in Singapore going ahead, Mr Trump sounded hopeful.

“We will see what happens. It is all a process. Hopefully we will have a meeting on the (June) 12th,” he said.

And while intimating there may even be more than one meeting between the leaders, Mr Trump continued to hedge his bets by saying, “maybe we’ll have none.”

“I’d like to see it done in one meeting,” he said.

“But often times that’s not the way deals work. There’s a very good chance that it won’t be done in one meeting or two meetings or three meetings. But it’ll get done at some point.”

High-ranking officials from the US and North Korea met over two days to discuss the future of Pyongyang’s nuclear weapons program and the much-anticipated summit between Mr Trump and Mr Kim.

After the meetings, Mr Pompeo told a media conference on Friday morning (AEST) it would be ‘tragic to let this opportunity go to waste’ with North Korea.

Mr Pompeo told a press conference that he was confident talks with North Korean officials were moving in the right direction towards a historic summit between the two countries.

But he warned that North Korea must choose a path “fundamentally different” to the one it had been on for decades, adding that Pyongyang was “contemplating a strategic shift” and that talks to prepare for the leaders’ summit were going well.

“Our two countries face a pivotal moment in our relationship in which it could be nothing short of tragic to let this opportunity go to waste,” Mr Pomeo said.

Mr Trump last week called off the summit after North Korea expressed anger at comments by senior US officials, but Mr Trump later said he was reconsidering his position and US, North Korean and South Korean officials have gone ahead with summit preparations.

The White House has said preparations for a meeting were going ahead.