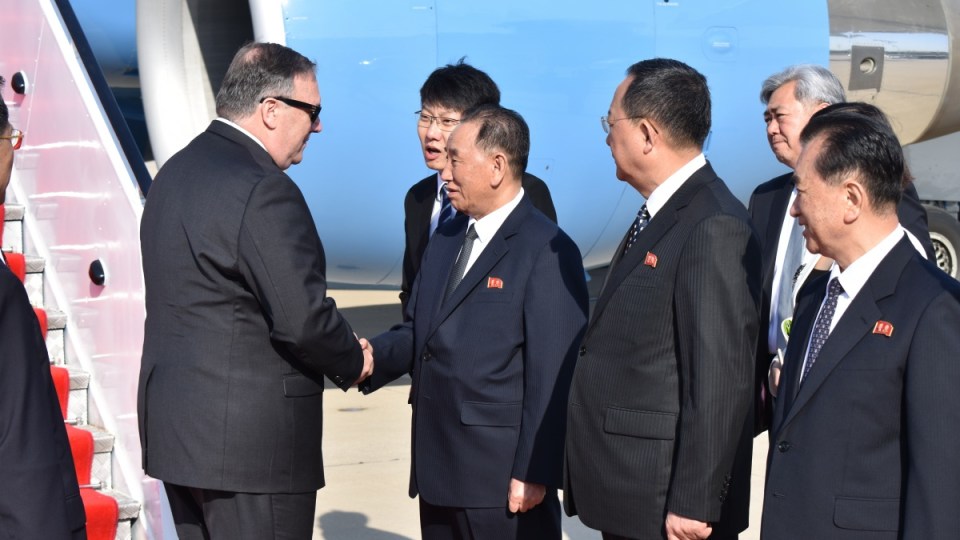 A senior North Korean official has made a rare visit to the United States for talks about a possible summit between the leaders of the two countries but the sides appeared far apart on the central issue of Pyongyang’s nuclear weapons.

Kim Yong-chol, a close aide of North Korean leader Kim Jong-Un and vice chairman of the ruling Workers’ Party’s Central Committee, arrived at New York’s JFK airport on a flight from Beijing on Wednesday local time. He was later seen entering a hotel in midtown Manhattan.

Aide is due to meet with Secretary of State Mike Pompeo on Wednesday and Thursday to discuss whether to go ahead with an unprecedented meeting between President Donald Trump and North Korean leader Mr Kim.

The summit, originally planned for June 12 in Singapore, has been cast in doubt as the two countries – which have technically been at war since the 1950s – test each other’s diplomatic mettle.

Mr Trump last week called off the summit after North Korea expressed anger at comments by US officials. The President later said he was reconsidering his position and US, North Korean and South Korean officials have gone ahead with summit preparations.

The White House said on Wednesday that negotiations at the demilitarised zone along the border between North and South Korea for the summit were going well and that it expects the historic meeting to take place on June 12.

A US official said negotiations about the summit’s agenda have so far been slow going, and the two fundamental issues, the definition of North Korean denuclearisation and whether both sides would take actions at the same time or separately, remained unsettled.

Mr Trump has sworn not to allow North Korea to develop nuclear missiles that could hit the United States and wants North Korea to get rid of its nuclear arms.

But the leadership in Pyongyang is believed to regard nuclear weapons as crucial to its survival and has rejected unilaterally disarming.

Top North Korea aide arrives in US for summit talks