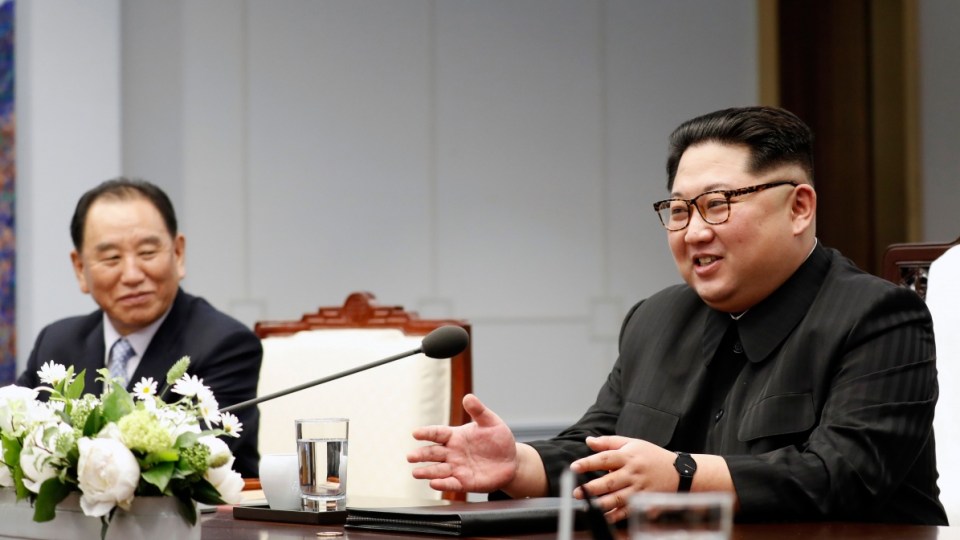 North Korean General Kim Yong Chol (L) will head to the US to discuss the upcoming summit between the two nations. Photo: Getty

US President Donald Trump says planning for his proposed meeting next month with Kim Jong-un are going ahead as a senior North Korean official is en route to New York for planning talks.

“We have put a great team together for our talks with North Korea,” Mr Trump said in a Twitter post on Tuesday.

We have put a great team together for our talks with North Korea. Meetings are currently taking place concerning Summit, and more. Kim Young Chol, the Vice Chairman of North Korea, heading now to New York. Solid response to my letter, thank you!

“The United States continues to actively prepare for President Trump’s expected summit with leader Kim in Singapore,” she said.

The North Korean envoy was travelling to the US after speaking to Chinese officials in Beijing, South Korea’s Yonhap news agency said.

The talks show that planning for the unprecedented summit, initially scheduled for June 12, is moving ahead after Mr Trump called it off last week in a letter to the North’s leader, Mr Kim.

A day later, Mr Trump, who frequently exchanged insults and threats with Mr Kim before they began talking about a summit, said he had reconsidered and officials from both countries were meeting to work out details.

Kim Yong-chol co-ordinated the North Korean leader’s two meetings with Mr Pompeo in April and May.

This week’s talks and meetings on the border between North and South Korea are aimed at determining whether North Korea is prepared to make sufficient commitments toward getting rid of its nuclear weapons, a US official said.

Kim Jong-un has sent favourable signals in recent days and Mr Trump’s aides will soon assess whether he is willing to take serious steps before making a final decision on whether to go ahead with the summit, the official said, speaking on condition of anonymity.

Kellyanne Conway, a top adviser to Mr Trump, told Fox News a summit might not take place on the date originally set, but perhaps might go ahead shortly after.

Mr Kim and South Korean President Moon Jae-in held a surprise meeting on Saturday at the border village of Panmunjom, during which they agreed the North Korea-US summit must be held.

On Sunday, the US State Department said American and North Korean officials had met at Panmunjom and the White House’s Sanders said a US delegation was meeting with a North Korean delegation in the demilitarised zone between the two Koreas.

At the same time, a “pre-advance” US team was in Singapore to meet the North Koreans and the White House announced on Tuesday that Mr Trump would meet with Japanese Prime Minister Shinzo Abe on June 7.