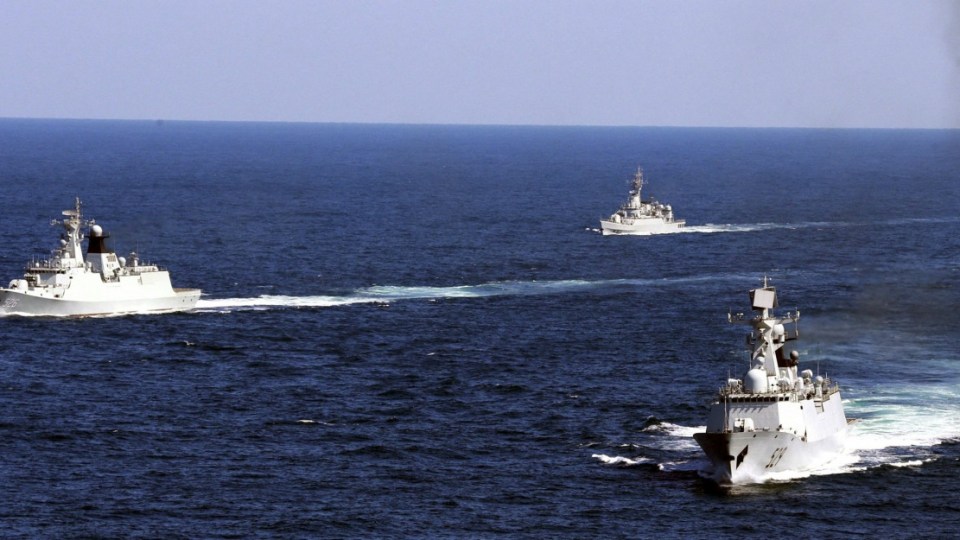 Two US Navy warships have sailed near South China Sea islands claimed by China, two US officials told Reuters, in a move that drew condemnation from Beijing as President Donald Trump seeks its continued co-operation on North Korea.

The operation on Sunday was the latest attempt to counter what Washington sees as Beijing’s efforts to limit freedom of navigation in the strategic waters.

While this operation had been planned months in advance, and similar operations have become routine, it comes at a particularly sensitive time and just days after the Pentagon uninvited China from a major US-hosted naval drill.

The US officials, speaking on condition of anonymity, said the Higgins guided-missile destroyer and the Antietam, a guided-missile cruiser, came within 12 nautical miles of the Paracel Islands, among a string of islets, reefs and shoals over which China has territorial disputes with its neighbours.

The US military vessels carried out manoeuvring operations near Tree, Lincoln, Triton and Woody islands in the Paracels, one of the officials said.

Critics of the operations, known as a “freedom of navigation”, have said they have little impact on Chinese behaviour and are largely symbolic.

Earlier this month, China’s air force landed bombers on disputed islands and reefs in the South China Sea as part of a training exercise in the region, triggering concern from Vietnam and the Philippines.

The US military did not directly comment on Sunday’s operation, but said US forces operate in the region daily.

“We conduct routine and regular Freedom of Navigation Operations (FONOPs), as we have done in the past and will continue to do in the future,” US Pacific Fleet said in a statement.

China’s Defence Ministry expressed its anger, saying it had sent ships and aircraft to warn the US warships to leave, saying they had entered the country’s territorial waters without permission.

In a separate statement, China’s foreign ministry urged the US to stop such actions.

“China will continue to take all necessary measures to defend the country’s sovereignty and security,” it added, without elaborating.

The vessels, HMAS Anzac, HMAS Toowoomba and HMAS Success, were on their way to Vietnam for a three-day goodwill visit in Ho Chi Minh City when they were issued “robust” challenges by the People’s Liberation Army.

The challenge is thought to have occurred as the communist state was in the middle of conducting its largest ever naval exercises in the hotly contested waters.