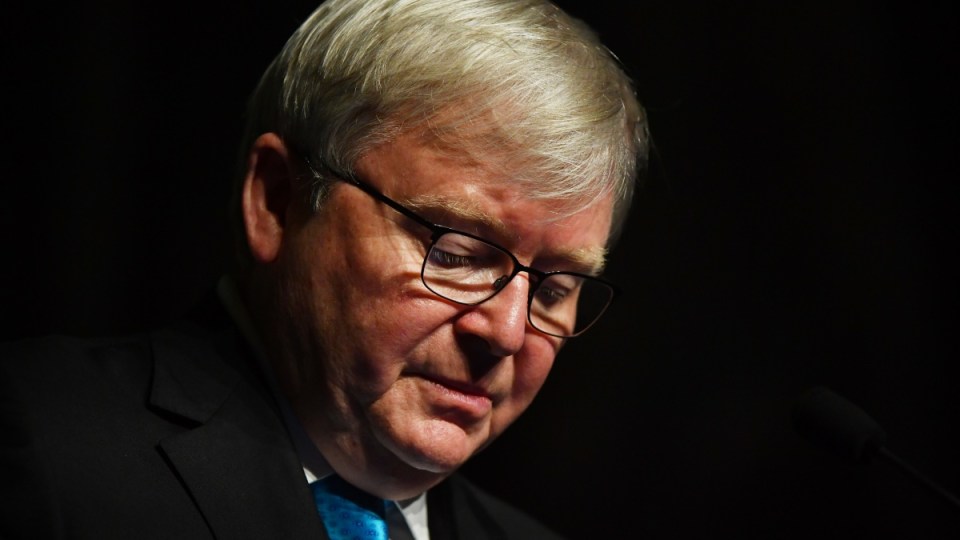 “We’re in for a serious bucket of proverbial substance for the period ahead,” he told KIIS FM radio on Friday morning.

“This will be seen by the White House as the likely end of the diplomatic track. If you’ve exhausted diplomacy options with the North Koreans, they then start thinking of military options.”

On Friday (Thursday US time), Mr Trump cancelled his much-anticipated June 12 meeting with North Korean leader Kim Jong-un and warned Pyongyang the US military was ready to act should North Korea take any “foolish and reckless” action.

“I was very much looking forward to being there with you,” Mr Trump wrote in his letter to Mr Kim.

“Sadly, based on the tremendous anger and open hostility displayed in your most recent statement, I feel it is inappropriate, at this time, to have this long-planned meeting.”

Mr Rudd said he would not rule out a North Korean missile test in the coming days.

“My big worry is that if it [is] concluded in Washington that diplomacy has failed, then the talk therefore of military options starts to come back on the table,” Mr Rudd said.

“I think we’re going to be looking for all sorts of alternative diplomacies to try and pull something out of his fire.

“Don’t get surprised if we start to see a pretty militant North Korean reaction. They tend to only have two speeds — talk, or push a button. There’s not too much in between.”

North Korea responded on Friday, claiming it was still willing to talk to the US, but described Mr Trump’s decision as “extremely regrettable”.

“The abrupt announcement of the cancellation of the meeting is unexpected for us and we cannot but find it extremely regrettable,” Kim Kye Gwan, North Korea’s First Vice Foreign Minister, said in a statement printed by the state-run KCNA news agency.

“We again state to the US our willingness to sit face-to-face at any time in any form to resolve the problem.”

“The US, Australia, and the international community will continue to apply maximum economic and diplomatic pressure on North Korea until it makes concrete commitments to complete, verifiable and irreversible denuclearisation,” she said.

“We are in grave danger of seeing a growing rupture in the strategic relations between Seoul and Washington over this,” he said.