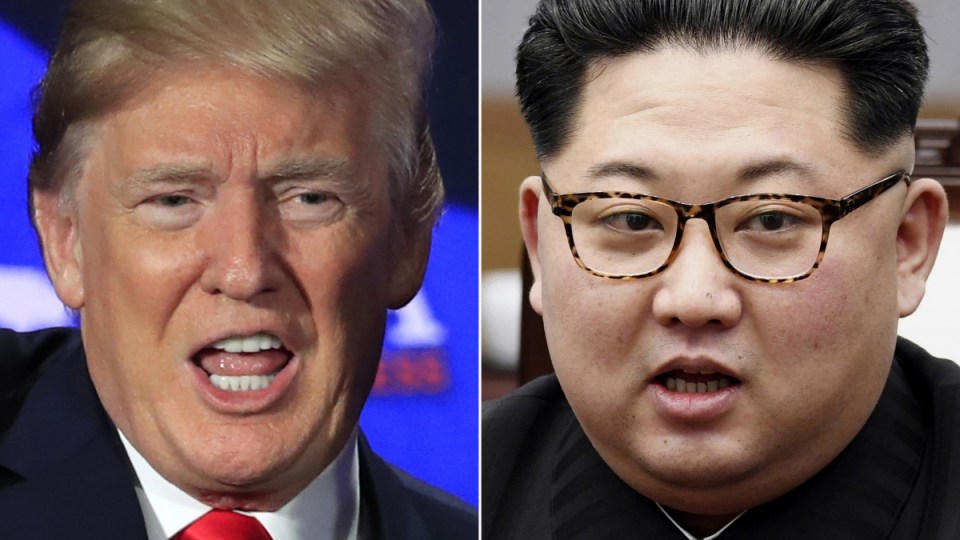 Mr Trump was non-committal about the meeting, saying only 'it could very well happen'. Photo: AAP

US President Donald Trump says he will know next week whether his summit with North Korean leader Kim Jong-un will take place on June 12 in Singapore as scheduled, casting further doubt on plans for the unprecedented meeting.

White House aides are preparing to travel to Singapore this weekend for a crucial meeting with North Korean officials to discuss the agenda and logistics for the summit, US officials said, speaking on condition of anonymity.

The delegation, which includes White House Deputy Chief of Staff Joseph Hagin and deputy National Security Adviser Mira Ricardel, was being dispatched after Mr Trump said on Tuesday there was a “substantial chance” the summit would be called off amid concerns Pyongyang is not prepared to give up its nuclear arsenal.

Asked on Wednesday whether the summit would go ahead, Trump told reporters: “It could very well happen. Whatever it is, we’ll know next week about Singapore. And if we go, I think it will be a great thing for North Korea.”

Mr Trump did not say, however, whether the preparatory talks between US and North Korean officials in coming days were expected to clarify the situation.

US Secretary of State Mike Pompeo said on Wednesday America is prepared to walk away from nuclear negotiations with North Korea if the summit heads in the wrong direction.

Mr Pompeo said he was “very hopeful” the summit would take place but said the decision was ultimately up to Kim.

If the summit is called off or fails, it would be a major blow to what Trump supporters hope will be the biggest diplomatic achievement of his presidency.

Mr Pompeo insisted that the Trump administration was “clear-eyed” about what it faces with North Korea, which has a history of making promises in international negotiations and then backtracking.

“A bad deal is not an option,” Mr Pompeo said in his written opening statement for a House of Representatives Foreign Affairs Committee hearing.

The American people are counting on us to get this right. If the right deal is not on the table, we will respectfully walk away.”

Mr Pompeo, who was director of the CIA before becoming secretary of state in April when Trump fired Rex Tillerson, has met twice with Kim in Pyongyang.

On his most recent trip he brought back three Americans who had been held by North Korea.

Mr Pompeo said a US-led sanctions pressure campaign on Pyongyang would not be eased until North Korea gives up nuclear weapons.

“We have made zero concessions to Chairman Kim and have no intention to do so,” he said.

“Our posture will not change until we see credible steps taken toward the complete, verifiable and irreversible denuclearisation of the Korean peninsula.”