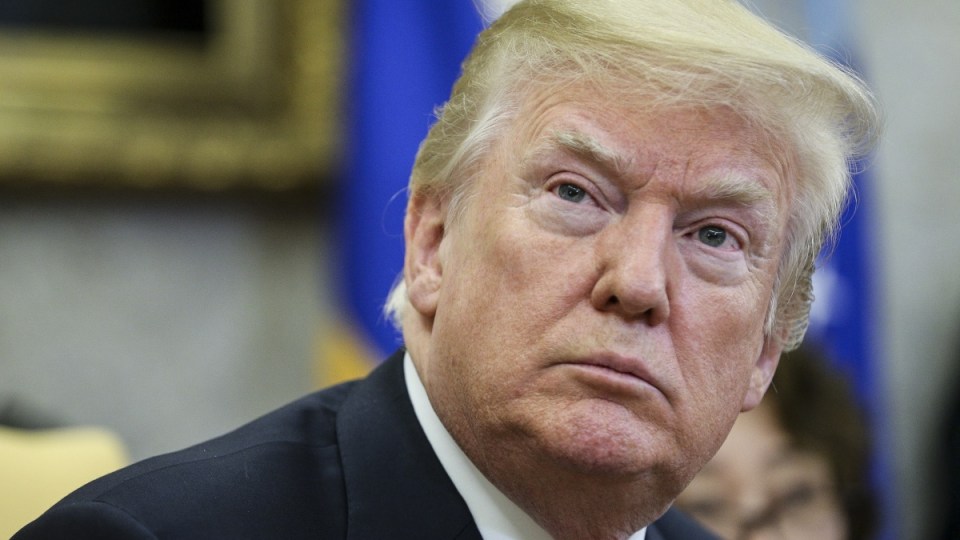 Donald Trump's legal team has circled the Oval Office with a wall of silence. Photo: AAP

Hopes of easing nuclear tensions on the Korean peninsula appear to be fading after US President Donald Trump admitted there is a strong chance his summit with North Korean leader Kim Jong-un will not take place.

Mr Trump raised doubts about the historic June 12 meeting planned for Singapore while in talks with South Korean President Moon Jae-in, who travelled to Washington to urge the President not to let a rare opportunity with reclusive North Korea slip away.

“There’s a very substantial chance that it won’t work out,” Mr Trump said of the meeting.

“If it doesn’t happen, maybe it will happen later. It may not work out for June 12,” he added.

Mr Trump was responding to an abrupt change in tone from North Korea last week when Pyongyang suggested the summit could be cancelled if it was pushed toward “unilateral nuclear abandonment”.

The President’s remarks in the Oval Office were the strongest sign yet that the the first-ever summit between the leaders of the US and North Korea could be delayed or cancelled.

It was unclear whether Mr Trump was truly backing away from a summit that he is eager to hold or whether he was strategically coaxing North Korea to the table.

If the summit is called off or fails, it would be a major blow to what Trump supporters hope will be the biggest diplomatic achievement of his presidency.

Mr Trump reiterated comments he made last week, saying Mr Kim would be safe protected and his country would be rich if he denuclearised.

“We will guarantee his safety,” he said of Mr Kim.

But he cast doubt on the summit, saying there are certain conditions that must be met and if North Korea refuses, then the meeting will not take place.

Before seeing Mr Trump, Mr Moon met with Secretary of State Mike Pompeo and national security adviser John Bolton and urged them to speed preparations for the Trump-Kim summit.

“We South Korean people … expect much from you. Please take care of us,” Mr Moon was quoted as saying in a South Korean government statement.

The statement said Mr Moon sought to counter doubts about Pyongyang’s intentions given its history of making promises and backtracking in international talks.

“This is the first time ever that ‘complete denuclearisation’ has been officially pronounced and the negotiation will be conducted with North Korea’s top leader who wishes for security of the regime and economic progress, which makes it a different level from previous negotiations,” Mr Moon was quoted as saying.

While remaining committed to the summit, Mr Trump has privately has wondered whether North Korea is serious about denuclearising, a senior US official said.

Ms Sanders said Mr Trump had spent “a significant amount of time” speaking with other world leaders and his national security team in preparation.

“This is something they talk about on a daily basis and will continue to in preparation,” she said.