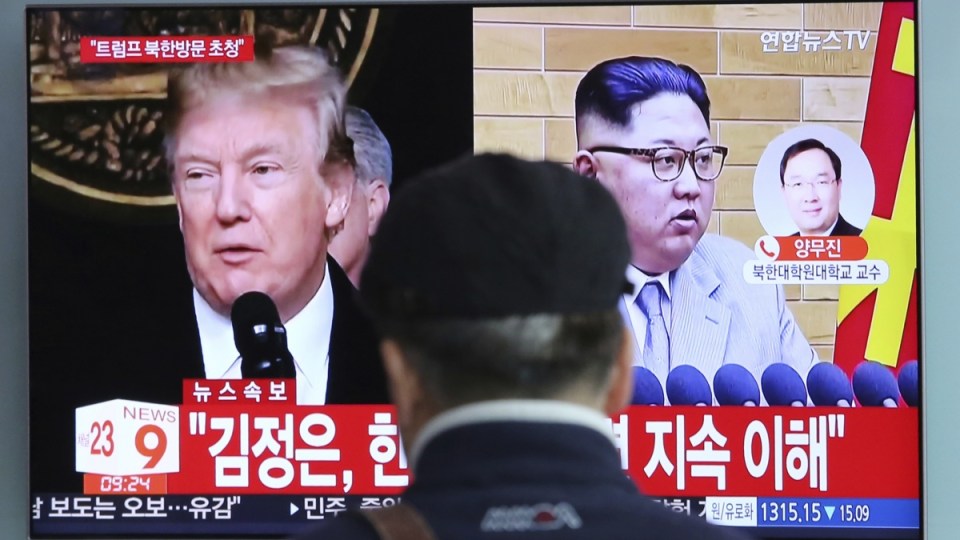 North Korea has issued a second threat to cancel talks with Donald Trump, this time if he insisted on “unilateral nuclear abandonment”.

The statement from the North’s disarmament negotiation came hours after state media warned the summit meeting with Mr Trump was in peril because of a joint military exercise between the US and South Korea that began this week, The New York Times reported.

The US is unsure whether this is a stratagem by the North to gain an upper hand in negotiations or if the talks are truly in jeopardy, The Times reported.

North Korea has already called off negotiations with the South where they were to discuss setting up military and Red Cross talks to reduce tension at their border, and restart reunions between families separated by the Korean War.

Hours before the meeting was to take place, Pyongyang cancelled the meeting and questioned whether next month’s talks between North Korean leader Kim Jong-un and Mr Trump would take place, South Korea’s Yonhap news agency reported.

“The United States will also have to undertake careful deliberations about the fate of the planned North Korea-US summit in light of this provocative military ruckus jointly conducted with the South Korean authorities,” Yonhap quoted the North Korea’s Korean Central News Agency as saying.

Wednesday’s talks were to include discussions on the specific plans needed to carry out the April 27 inter-Korea summit declaration, which includes pledges to finally end a seven-decade war this year and pursue “complete denuclearisation”.

The two-week military exercise between the US and South Korea started Friday and included about 100 warplanes, Yonhap reported.

“This exercise, targeting us, which is being carried out across South Korea, is a flagrant challenge to the Panmunjom Declaration and an intentional military provocation running counter to the positive political development on the Korean Peninsula,” Yonhap quoted KCNA as saying.

The US State Department spokeswoman Heather Nauert defended joint US-South Korean military exercises and said the US had not heard of any disruptions to Mr Trump’s upcoming summit.

“This news just came out. We need to verify it to get additional information on that but we’re going forward in planning our meetings next month,” she said.

A senior administration official was quoted by CNN as saying Mr Trump has been alerted to the North Korean warning and that the White House was preparing a response.

Washington and Seoul delayed an earlier round of drills because of the North-South diplomacy surrounding February’s Pyeongchang Winter Olympics in the South, which saw Mr Kim send his sister to the opening ceremony.

Mr Kim told visiting South Korean officials in March that he “understands” the drills would take place and expressed hope that they’ll be modified once the situation on the peninsula stabilises, according to the South Korean government.

South Korea’s military on Tuesday said North Korea was moving ahead with plans to close its nuclear test site, a report backed by US researchers who say satellite images show the North has begun dismantling facilities at the site.

The site’s closure was set to come before Mr Kim and Mr Trump’s summit, which had been shaping up to be a crucial moment in the global diplomatic push to resolve the nuclear standoff with the North.