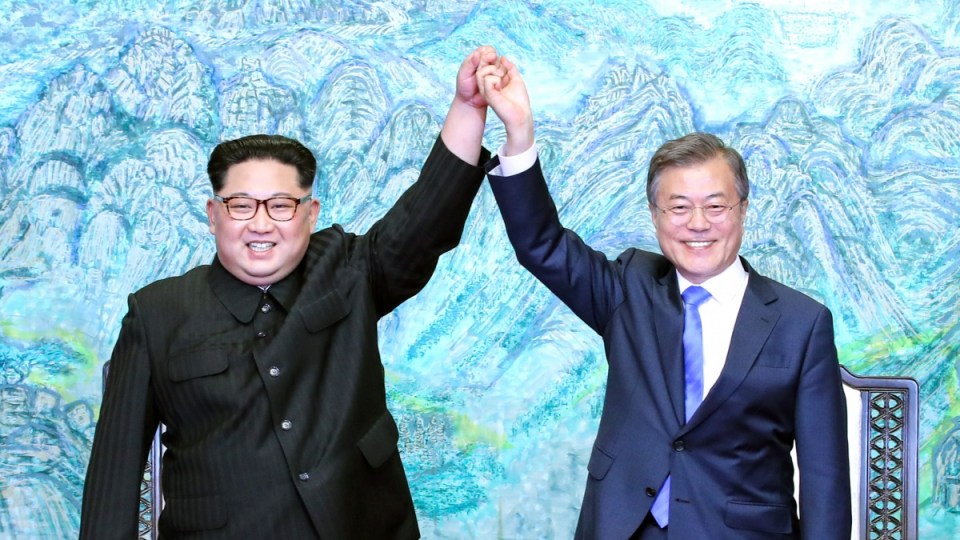 The meeting on Wednesday will discuss the specific plans needed to carry out the April 27 inter-Korea summit declaration, which includes pledges to finally end a seven-decade war this year and pursue “complete denuclearisation”.

North Korea has scheduled the dismantling of its nuclear bomb test site for sometime between May 23-25 in order to uphold its pledge to discontinue nuclear tests, the country’s state media reported on Saturday, a month ahead of a planned North Korea-US summit in Singapore.

On Tuesday, Pyongyang invited one news agency and one television broadcaster from South Korea to observe the shutdown, the South’s Ministry of Unification said.

South Koreans cannot visit North Korea without an invitation from the North and government approval from the South.

Wednesday’s meeting will take place at the Peace House in Panmunjom, where the two sides signed their joint-declaration last month, the Unification Ministry said in a statement.

“Through these high-level talks we will negotiate and implement measures to carry out the Panmunjom Declaration and build sustainable development for inter-Korean relations and permanent peace on the Korean peninsula,” the ministry said.

South Korea’s Unification Minister Cho Myoung-gyon will lead a team of five at the talks.

US President Donald Trump and North Korean leader Kim Jong-un will meet on June 12, a scenario that seemed improbable given the insults and threats exchanged between the two leaders in the past year.

The North Korean leadership and officials in Pyongyang appeared optimistic about the upcoming summit with the US, the chief of the United Nations’ World Food Programme David Beasley told reporters in Seoul on Tuesday after finishing up a recent trip to the North.

“I think they’re hopeful. I think everyone on the ground there was hopeful,” Mr Beasley said when asked whether the North Koreans he met had mentioned anything about the summit.