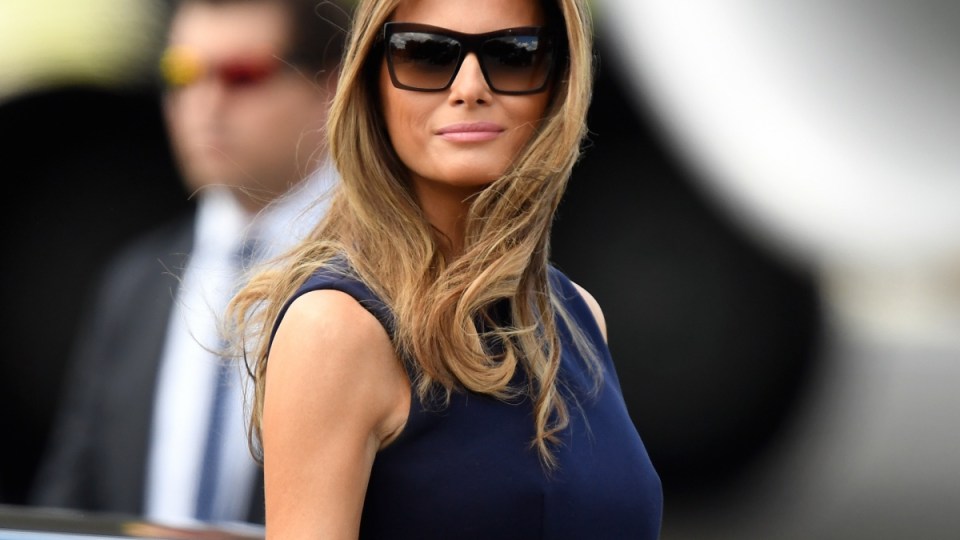 Mrs Trump is expected to spend the rest of the week in hospital as she recovers. Photo: Getty

Melania Trump will remain in hospital for the rest of this week following a procedure to treat a kidney condition.

The First Lady’s spokeswoman, Stephanie Grisham, released a statement Tuesday morning (Australian time) saying the successful procedure was for a benign condition and there were no complications.

“Mrs Trump is at Walter Reed National Military Medical Centre and will likely remain there for the duration of the week,” the statement said.

“The First Lady looks forward to a full recovery so she can continue her work on behalf of children everywhere.”

President Donald Trump visited his wife on Tuesday (Australian time) and tweeted the procedure was “successful” and that his wife was in “good spirits”.

Heading over to Walter Reed Medical Center to see our great First Lady, Melania. Successful procedure, she is in good spirits. Thank you to all of the well-wishers!

Two urologists with no personal knowledge of Mrs Trump’s condition told The Associated Press the most likely explanation for the procedure was a kind of non-cancerous kidney tumour called an angiomyolipoma, which isn’t common but tends to occur in middle-aged women.

Mrs Trump, who turned 48 last month, is the first US first lady to undergo a serious medical procedure while in the White House since Nancy Reagan had a mastectomy in October 1987.

Rosalynn Carter, wife of former president Jimmy Carter, underwent surgery to remove a benign lump from her breast in April 1977.

Weeks after Betty Ford became first lady, she was diagnosed with breast cancer and underwent a mastectomy in September 1974.

The White House has not provided any additional details on Mrs Trump’s condition.

Mrs Trump recently launched a public “Be Best” awareness campaign to help children as she begins to raise her profile.

She said the campaign would focus on childhood well-being, social media use and opioid abuse.

She also represented the administration at the April funeral of former first lady Barbara Bush.

Mrs Trump lived full time in New York during the administration’s opening months so the couple’s son, Barron, 12, would not have to change schools midyear. She and Barron moved into the White House in June.

Melania Trump to remain in hospital