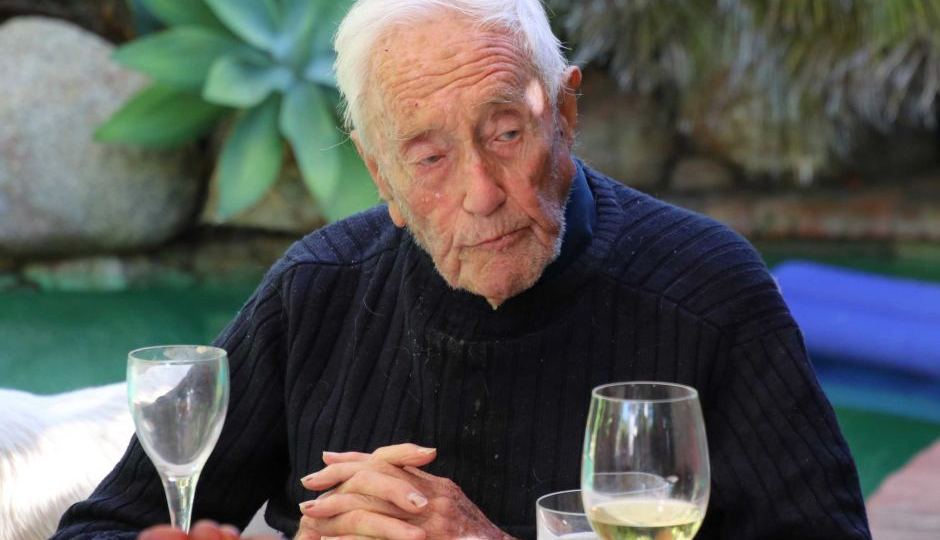 There is one topic David Goodall felt he was not questioned on before choosing to end his 104-year life at an assisted dying clinic in Switzerland.

As one of Australia’s most esteemed scientific minds, Dr Goodall received global attention for wanting to die.

But his views on science went unnoticed.

As he lay in bed eagerly awaiting his death, Dr Goodall ensured Ruedi Habegger, cofounder of the Eternal Spirit clinic, recorded his final thoughts on the future of humanity.

And they are grim.

Without a strong global commitment to address the threat of climate change, the world could become uninhabitable, Dr Goodall warned hours before his death on May 10.

“That would decimate the populations greatly and might make the planet a very hostile place up to the point of a reset situation.”

Dr Goodall described a situation where life on Earth could no longer be sustained, everything would be wiped out, and the world would need to be rebuilt from scratch – a process that would take “a few million years”.

The renowned botanist and ecologist produced more than 100 research papers throughout his career spanning 70 years and edited a 30-volume book series written by more than 500 authors titled Ecosystems of the World.

In 2016, aged 101, Dr Goodall was awarded the Order of Australia for his contributions to science.

“It is too late to revert back to the relatively calm and evenly balanced systems we had enjoyed up to the 1950s,” he said.

“All we can do now is to adapt to the resulting changes and the damages we caused, us in the first world to an overwhelming degree being responsible for this [climate change].”

The Paris agreement on climate change is most likely doomed to fail because the self-interests of signatory countries have always taken priority, he said.

“It will be hard enough to curb the further effects [of climate change] by abiding to such ideas as the Paris climate agreements.

“I am not very optimistic if we are even going to do that.

“Too many particular short-term interests are involved. But it is worth giving it a good try.

“We might prevent the changes spiralling out of control.”

‘Ashes to be sent to France’

Dr Goodall will be cremated in Switzerland, and his ashes will be flown to Bordeaux in France, where a number of his grandchildren reside, Eternal Spirit’s Mr Habegger told The New Daily.

According to the clinic’s brochure, those from abroad should “accept a cremation” because “the urn can easily be transferred home”.

Dr Goodall originally wanted to his ashes to remain in Switzerland “so they don’t travel and use up any fuel”, Mr Habegger said.

“His mind was very much set on that but then a few minutes before his death … his grandchildren begged him to have the ashes sent to Bordeaux so they would have a little ritual among themselves.”

‘It would decimate us’: David Goodall’s final warning to humanity hours before death