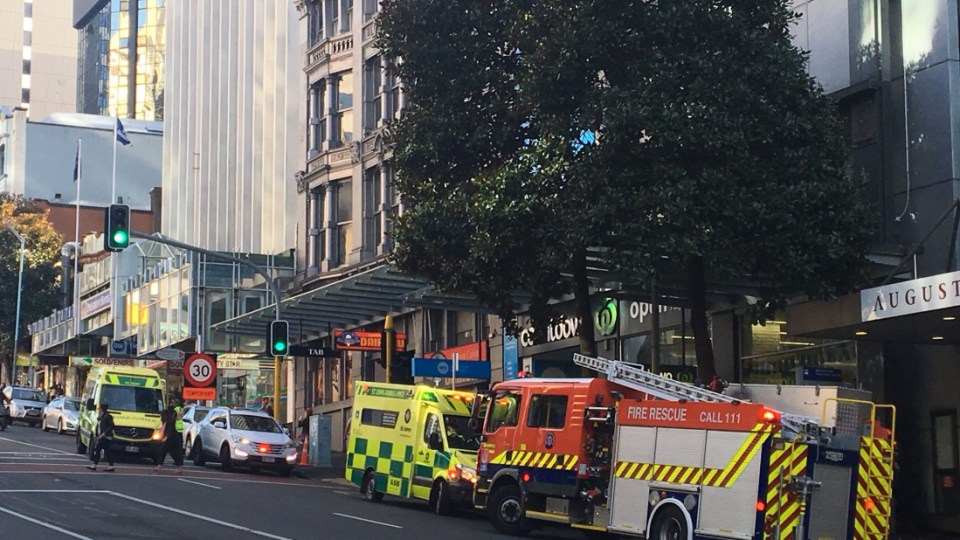 The building will remain closed on Friday until authorities find the source of the problem. Photo: Twitter

Emergency services have been left baffled and tenants locked out after two cases of mysterious fumes put 15 people at Qantas’ Auckland offices in hospital.

A dozen people left vomiting and in pain were hospitalised and about 100 others needed to be medically checked after a suspected gas leak at Augusta House on Victoria Street on Thursday morning.

But after fire crews and police bomb squads were unable to find traces of gases in the building, staff were left back in.

Only hours later, three more had to be taken to hospital and another 12 checked by ambulance teams.

“There’s obviously something wrong here, so we have to get to the bottom of that,” Fire and Emergency area commander Dave Woon told reporters.

St John Ambulance area commander Simon Barnett said all the patients were stable and were not seriously injured.

Qantas said in a statement the building was closed overnight and the property’s managers will on Friday be working with authorities to find the source of the problem before anyone is let back in.

“We’re continuing to work with the property manager and authorities to find out the cause of the original smell,” a Qantas spokesperson said.

Mr Won said firefighters could not identify or measure any hazardous gases or chemicals at the building, and subsequently called in New Zealand Defence Force’s Explosive Ordnance Disposal (EOD), the bomb squad, to test the scene.

“We couldn’t find anything that triggered our devices . . . and a preliminary search by them hasn’t found anything either,” he said.

“Our best detectors aren’t detecting anything so I couldn’t guess how this has happened – I will say that the symptoms [vomiting] that are being shown by a couple of people have been quite significant so it’s not something that we’re taking lightly.

“We tried today, we had the best tools that we had today. In the cold light of day we’ll have another look at it.”

Workplace health and safety agency WorkSafe said it had been notified but declined to comment further.

About 100 Qantas employees were in the building at the time.