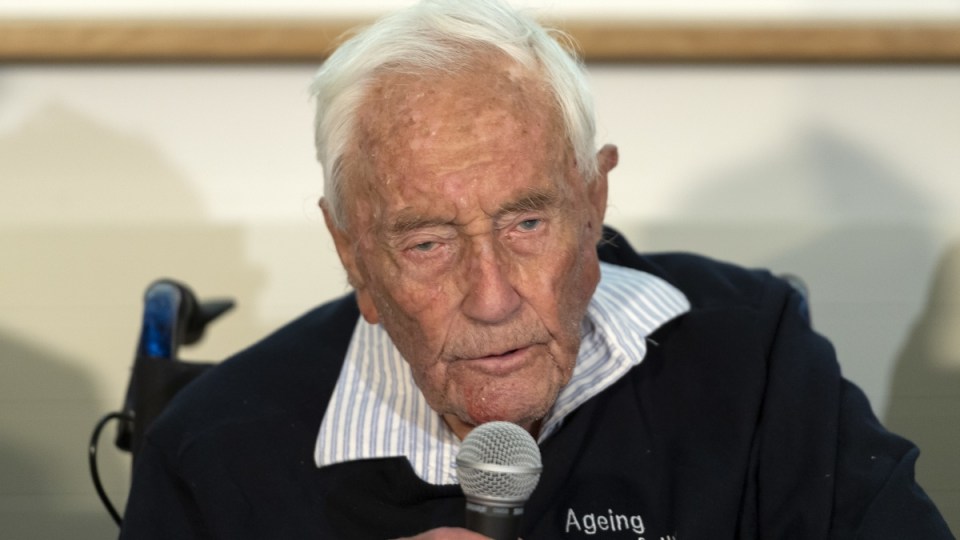 The esteemed scientist spent his last hours in a party atmosphere. Photo: AP

Australia’s oldest scientist has voluntarily ended his 104-year life after travelling to one of the few clinics in the world legally authorised to facilitate assisted deaths.

David Goodall passed away on Thursday night at the luxury Eternal Spirit clinic in Basel, Switzerland via voluntary euthanasia, after celebrating his life with family and friends in a “big party”.

Philip Nitschke, founder of right-to-die group Exit International, said Dr Goodall showed humour and a twinge of impatience in his final moments as formalities were tended to.

“During the paperwork, he said ‘what are we waiting for?’ Dr Nitschke told AAP.

And after a life spanning more than a century, Dr Goodall’s resolve and humour shone through to the last.

“His final words were ‘this is taking a long time’,” Dr Nitschke said, adding Dr Goodall’s death was peaceful.

“At my age, or less than my age, one wants to be free to choose death when the death is at an appropriate time,” Dr Goodall told reporters hours before he died.

“My abilities have been in decline over the past year or two, my eyesight over the past six years. I no longer want to continue life. I’m happy to have the chance tomorrow to end it.”

When you hear the phrase “assisted dying clinic”, you may envision a hospital setting with white walls, cold hallways and small rooms full of sick people.

But nothing could be further from the truth, according to Ruedi Habegger, co-founder of Eternal Spirit who spoke of Dr Goodall’s final hours. 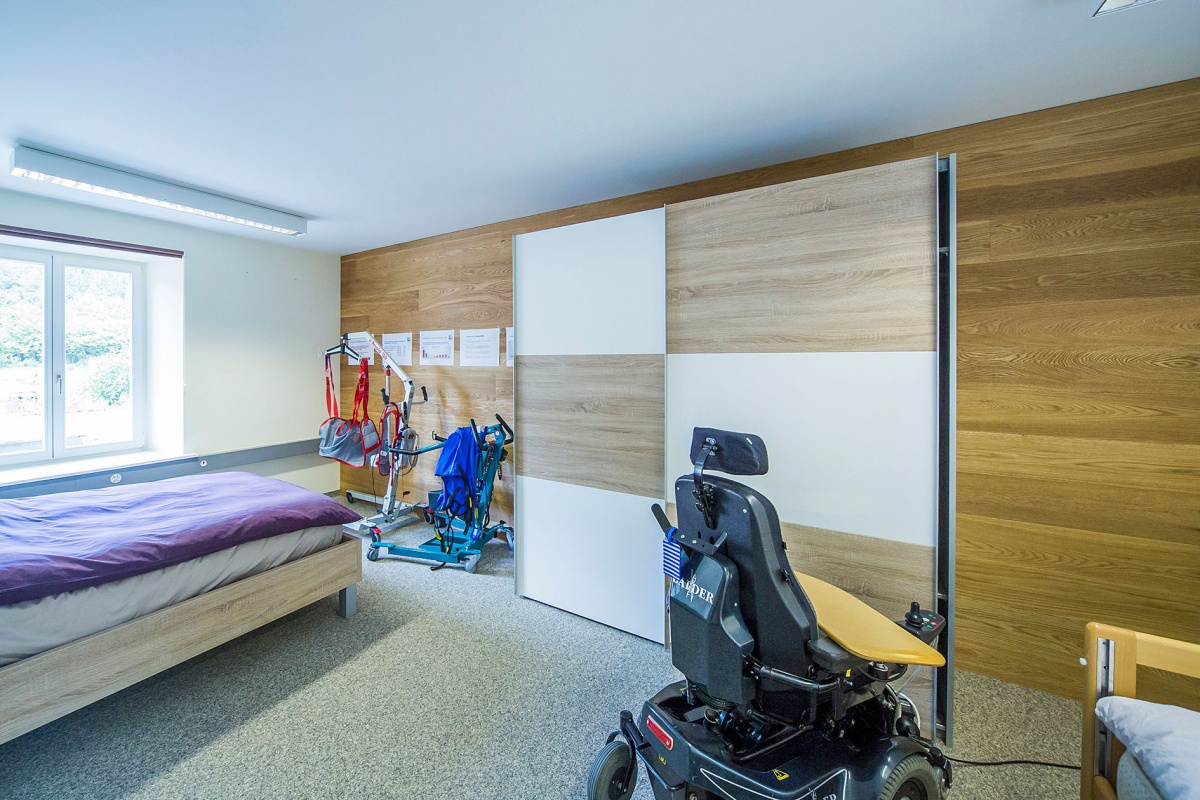 ‘Everything is so expensive’

There are five rooms in total, only one of which is used by patients to be assisted into their death. The other rooms are used by the patients’ family and friends for the day.

“Without any problems, I could be living there,” co-founder Mr Habegger told The New Daily.

“It’s like going into a little house up in the mountains and visiting somebody at home.”

But patients do not stay overnight. They arrive at the clinic on their pre-scheduled day to die.

It costs $10,000 to have an assisted death at Eternal Spirit. 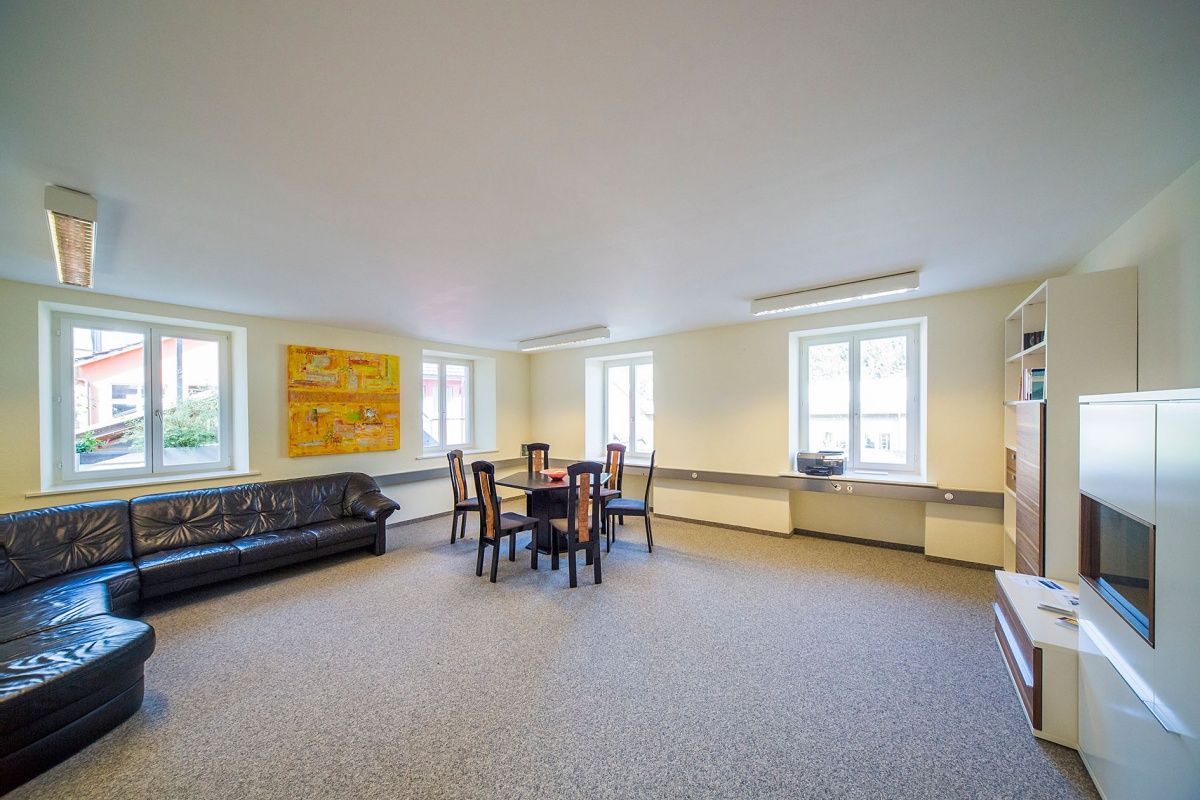 Patients must arrive two days before so they could be assessed by local Swiss doctors. That means booking separate accommodation. Flights are also not covered by Eternal Spirit.

“I’ve seen people suffering tremendously just to make this stupid trip to Switzerland to have to die,” Mr Habegger said.

“And they pay so much money to be able to do that because everything is so expensive in Switzerland. This has to stop. This is absolutely ludicrous.”

‘It was a big party’

Dr Goodall, the respected Australian academic and grandfather of 12, “made the best” out of his last few days with family in Switzerland.

“They ran around the city with a wheelchair,” Mr Habegger said.

Mr Habegger was invited to go along with the scientist and his family to a dinner at a nearby restaurant, not far from the hotel they were staying in.

“If the people around us in the restaurant were to have any idea that the person is going to die the next day, they would have not understood the situation at all,” Mr Habegger said.

“There was so much laughter and so many stories being told.”

Upon admission, the patient is filmed responding to several questions so doctors could gauge whether they truly “want to go”, Mr Habegger said. 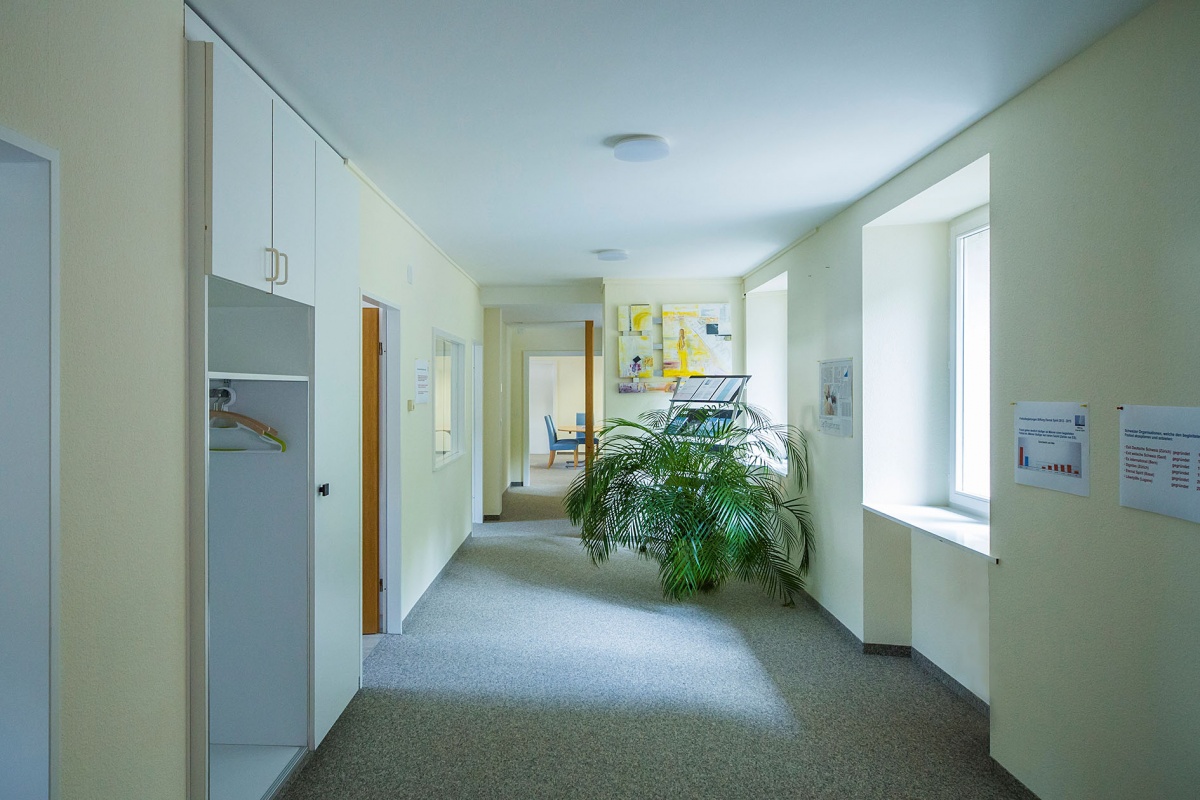 Some of these questions include: Why have you come to Eternal Spirit? We have set you an intravenous drip. Do you know what happens if you open this drip?

“There’s no pressure at all.”

There is no limitation on the number of friends or family members that a patient can have with them in the clinic. 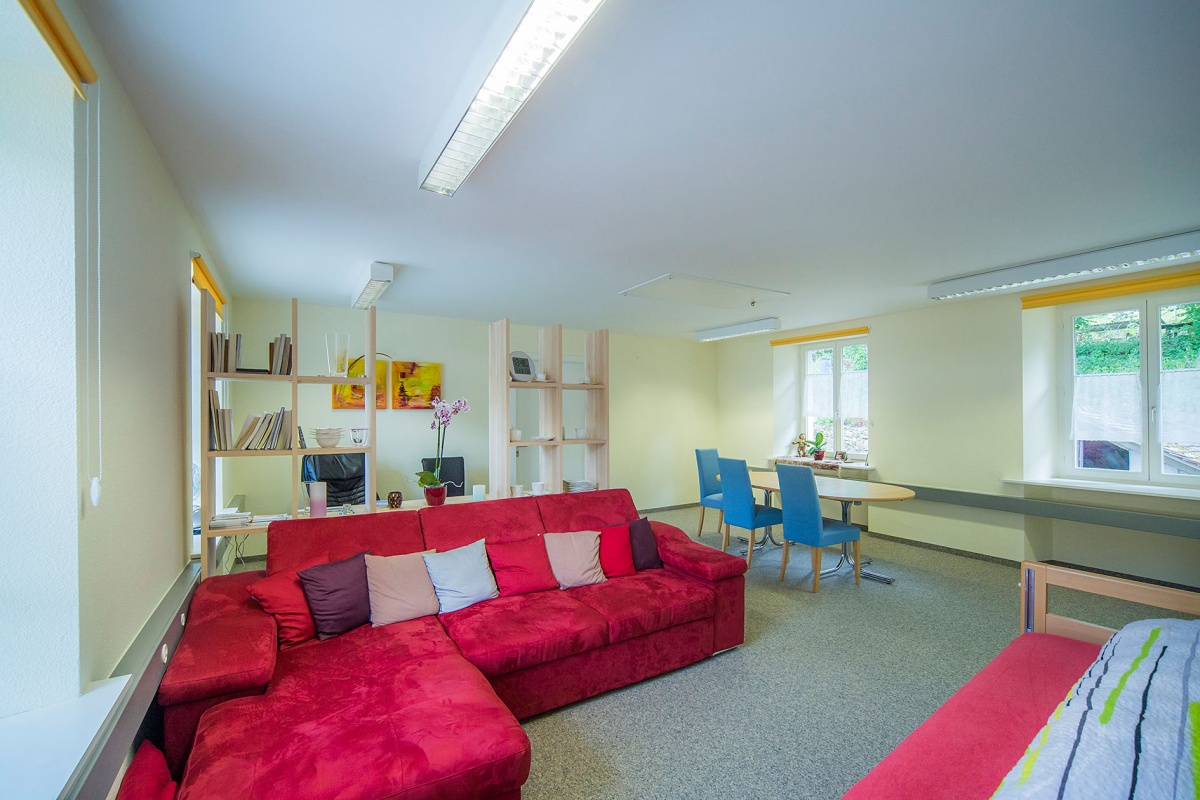 At one point, there were 22 people who came from all over the world to say goodbye to their loved one at the clinic, Mr Habegger said.

“All the generations were present.

“It was a bee hive but it was such a nice assisted dying.”

All patients are given 15 grams of pentobarbital sodium. This can be either swallowed or taken in the form of an intravenous drip.

Pentobarbital sodium was historically used as an anaesthetic in hospitals.

0.5 grams is enough to sedate you, 0.8 grams could cause a cardiac arrest and two grams is “absolutely deadly”, Mr Habegger said.

“With 15 grams there’s no doubt about what is going to happen.” 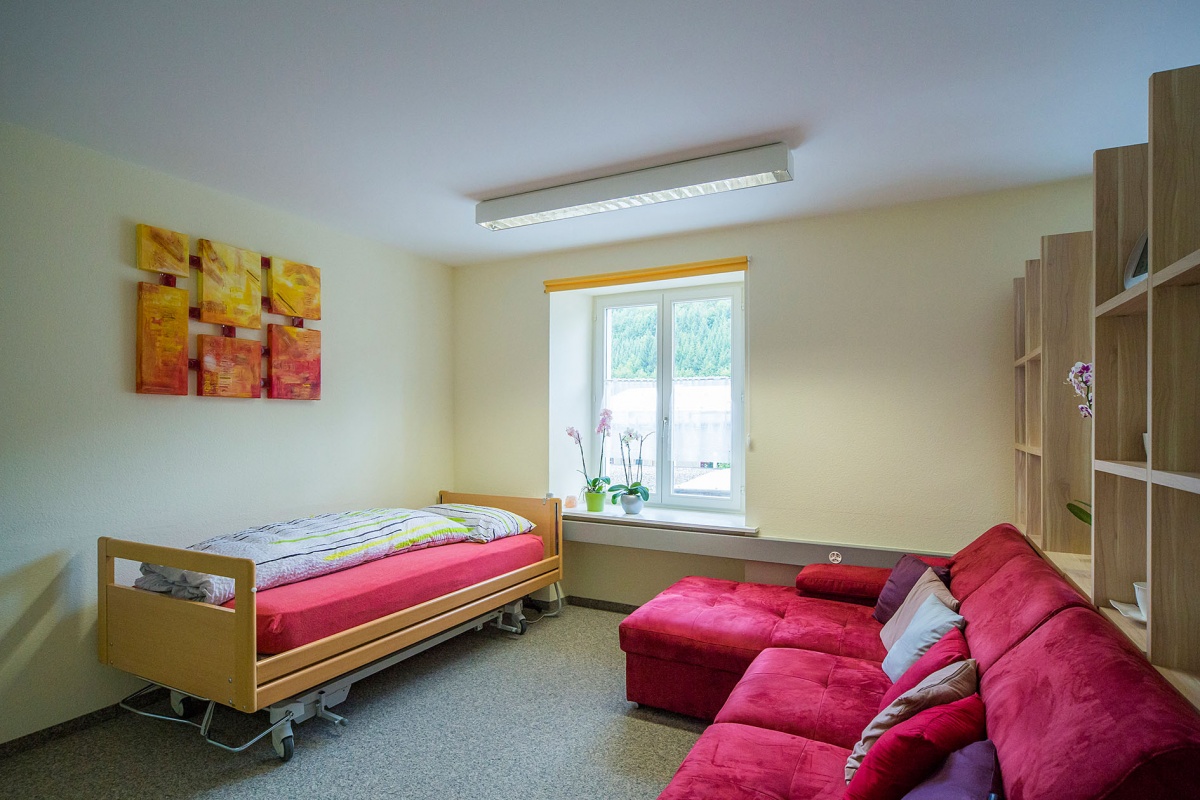 According to Swiss law, patients must open the IV drip or orally consume the lethal drug on their own.

“Nobody has to be afraid that if you can’t open that drip, that they cannot have an assisted dying because of that.”

For example, the drip was designed to be opened with the tip of someone’s nose or tongue.

Swiss authorities are then called to the scene. They take down the name and date of birth of the deceased and request two policeman to “make sure everything is in order”.

The state’s attorney and coroner arrive at the clinic to check that everything was done according to Swiss law.

“Then we can call the funeral service to come and take the body.”

All photos were supplied by Eternal Spirit.