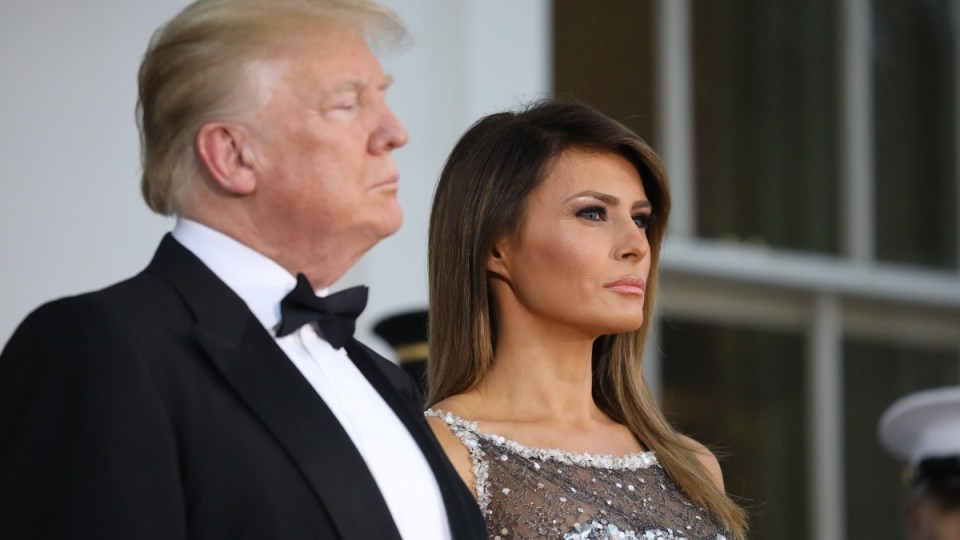 Melania Trump lives a very independent life from the president, according to friends. Photo: Getty

First Lady Melania Trump and US President Donald Trump spend “little to no time together” a longtime friend of Mrs Trump has told media.

Mr and Mrs Trump have established remarkably independent lives in the White House, sleeping in different rooms and working to completely seperate schedules and priorities, a report from the Washington Post claims.

The Post quoted friends of Mrs Trump as saying she and the President spend considerable time apart, eating meals and traveling separately, even to the same destination.

They claimed that while the President wakes at 5.30am to tweet at his rivals, Mrs Trump wakes later in her own bedroom and helps their son Barron, 12, get ready for school.

The report comes as Mrs Trump staged a rare media conference in the White House Rose Garden on Tuesday morning (AEST) to assert her own identity and launch her long-awaited, first-lady platform.

Mrs Trump accepted a congratulatory kiss from her husband at the launch, but the lack of public affection within the Trump marriage has been well documented and punctuated by several awkward moments.

Like many president’s wives before her, Mrs Trump announced her own area of interest Tuesday morning as an initiative she will pursue while her husband is is in office.

The “Be Best” initiative is designed to help children in the areas of wellbeing, social media and opioid abuse.

“I feel strongly that as adults, we can and should ‘be best’ at educating our children about the importance of a healthy and balanced life,” Mrs Trump said.

During the 2016 presidential campaign, Mrs Trump told the Post that she and her husband were “very independent,” adding: “We give ourselves and each other space.”

However, Mrs Trump’s longtime friend Stephanie Winston Wolkoff said the lack of affection does not necessarily mean they are unhappy.

“She is a dignified, private person, and she’ll deal with her personal life in private and it’s no one’s business,” she told the Post.

“They are not that couple that holds hands just because; she is old-world European and it’s not who she is.”

Friends also told the publication of the strain the Stormy Daniels hush money saga has had on the Trump family.

Mrs Trump has not publicly commented about her husband’s alleged affair and payment.

Mrs Trump’s spokeswoman Stephanie Grisham laughed off the President and first lady’s lack of time together as an “urban legend”.

“Aside from the President’s solo trips, the family spends most evenings together,” Ms Grisham was quoted as saying.

Melania, Donald Trump spend ‘little to no time together’