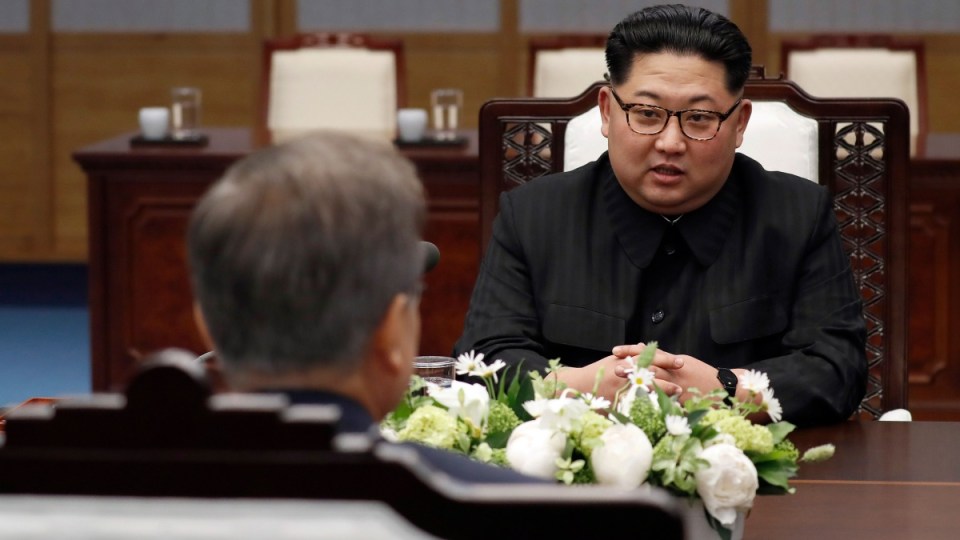 North Korea has accused the US of deliberately provoking it as it moves toward peace. Photo: Getty

Pyongyang has appeared to dispute Donald Trump’s claims that he is responsible for the thaw in relations between North and South Korea, and leader Kim Jong-un’s new willingness to meet the US President.

The North’s official news agency KCNA quoted a Foreign Ministry spokesman as criticising the US for what it calls “misleading” claims that Washington’s policy of maximum political pressure and sanctions are what drove Pyongyang to the negotiating table.

The spokesman warned that the claims are a “dangerous attempt” to ruin a budding easing of hostilities after Kim’s summit late last month with South Korean President Moon Jae-in.

At the summit, the North agreed to seek the denuclearisation of the Korean peninsula.

The spokesman was quoted as saying: “The US is deliberately provoking the DPRK at the time when the situation on the Korean Peninsula is moving toward peace and reconciliation.”

Kim and Mr Trump are expected to meet later this month or in early June.

The spokesman warned the US not to interpret Pyongyang’s willingness to talk as a sign of “weakness”.

He also criticised Washington for its ongoing “pressure and military threats” and its position that such pressure won’t be eased until North Korea gives up its nuclear weapons completely.

Before Mr Trump meets Kim, Washington is hoping to gain the release of three Korean-Americans accused of anti-state activities. Mr Trump hinted the release of Kim Dong Chul, Kim Hak Song and Tony Kim was in the offing.

There was no sign of an imminent release on Sunday, though the men had reportedly been moved to the capital.

The White House, meanwhile, has announced a separate meeting between Mr Trump and Mr Moon at the White House on May 22 to “continue their close co-ordination on developments regarding the Korean Peninsula.”