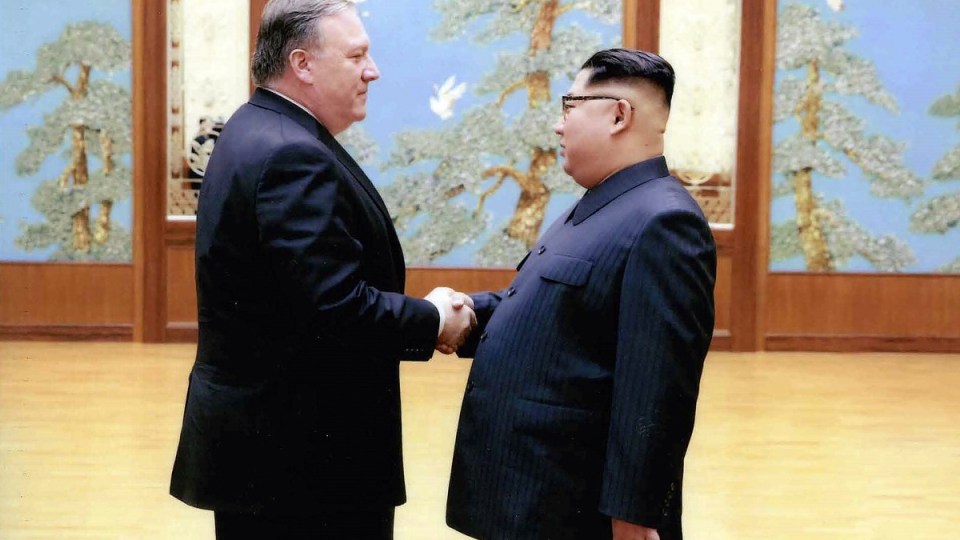 US Secretary of State Mike Pompeo he wants to see North Korea "take irreversible" steps in its commitment to denuclearisation. Photo: AAP

North Korean leader Kim Jong Un plans to invite experts and journalists from the US and South Korea when the country shuts its nuclear test site in May, Seoul officials say, as US President Trump presses for total denuclearisation ahead of his own meeting with Kim.

On Friday, Kim and South Korean President Moon Jae-in vowed “complete denuclearisation” of the Korean peninsula but the declaration did not include concrete steps to reach that goal.

North Korea’s state media had said before the summit that Pyongyang would immediately suspend nuclear and missile tests, scrap its nuclear test site and instead pursue economic growth and peace.

Kim told Mr Moon that he would soon invite the experts and journalists to “open to the international community” the dismantling of the facilities, the Blue House said on Sunday.

“The United States, though inherently hostile to North Korea, will get to know once our talk begins that I am not the kind of person who will use nuclear weapons against the South or the United States across the Pacific,” Mr Moon’s press secretary Yoon Young-chan quoted Kim as saying.

“There is no reason for us to possess nuclear weapons while suffering difficulties if mutual trust with the United States is built through frequent meetings from now on, and an end to the war and non-aggression are promised.”

Kim said there were two additional, larger tunnels that remain “in a very good condition” at the Punggye-ri test site beyond the existing one, which experts have said has collapsed after repeated explosions, rendering much of the site useless.

Kim’s promise shows his willingness to “pre-emptively and actively” respond to inspection efforts to be made as part of the denuclearisation process, Mr Yoon said.

During a Middle East trip on Sunday, US Secretary of State Mike Pompeo said Washington would require North Korea in any deal to “take irreversible” steps to demonstrate its commitment to denuclearisation.

“We use the word ‘irreversible’ with great intention,” Mr Pompeo told ABC News. “We are going to require those steps that demonstrate that denuclearisation is going to be achieved.”

He told ABC TV that there was a real opportunity for negotiations between Kim and President Trump and that he had a clear mission from the White House to discuss American detainees and a verifiable mechanism for denuclearisation with Kim.

Mr Pompeo however cautioned that “there remains a great deal of work to do”. And he noted that previous North Korean promises “proved false or unworthy or they were incapable of keeping them”.

“Both countries will have to do more than words,” Mr Pompeo said.

He repeated that Mr Trump will maintain a “pressure campaign” of harsh sanctions on impoverished North Korea until Kim shutters his nuclear weapons program.

Mr Pompeo said at Mr Trump’s direction, he spoke with Kim about the release of three US citizens detained by North Korea. He did not elaborate on the outcome of that discussion.