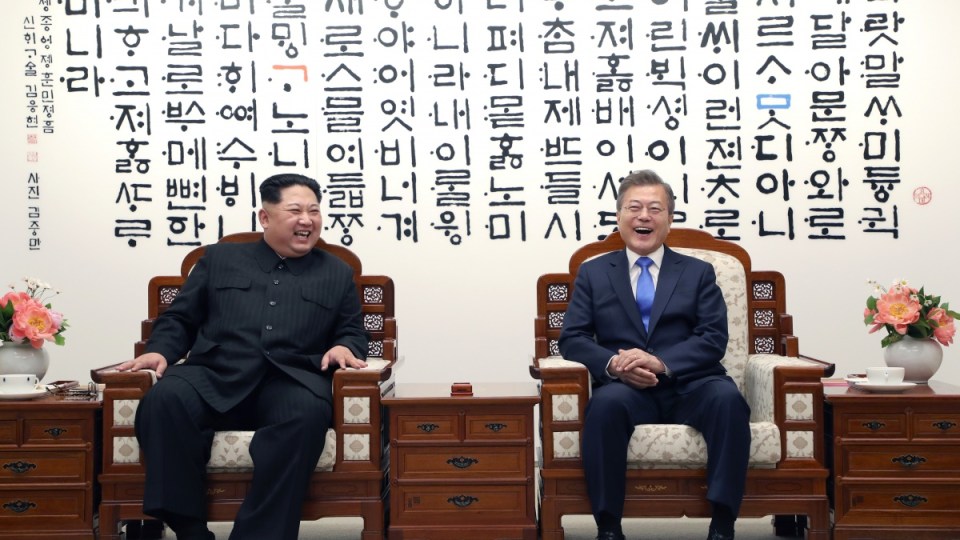 The Turnbull Government is offering “credit” to US president Donald Trump for his hand in Friday’s historic meeting between the leaders of North and South Korea.

North Korea’s Kim Jong-un and South Korean President Moon Jae-in shook hands in a pact for “complete denuclearisation of the Korean Peninsula” at the Inter-Korean Summit in Panmunjom, South Korea, on Friday.

The two sides announced an agreement of “permanent” peace to the region, ending a state of war for that has existed 68 years, plus months of nuclear threats.

US President Donald Trump was quick to take credit for initiating the reconciliation of the Korean leaders, and was also praised by the Turnbull Government.

“I’ve given him that credit because Donald Trump has taken a very, very strong, hard line on the denuclearisation issue and he has been able to bring in the support of the global community and, in particular, China,” Mr Turnbull told reporters in Sydney on Saturday.

“You have to give great credit to President Xi [Jinping] and China for enforcing these sanctions.”

The PM said China’s preparedness to impose sanctions and economic pressure on North Korea had been the “critical change” alongside the efforts of the United States.

“That coupled with the strong stand that President Trump has taken – and other nations [including] Japan and Australia – but overwhelmingly the pressure has come from China and the United States,” Mr Turnbull said.

Foreign Minister Julie Bishop echoed Mr Turnbull in comments to Fairfax media on Saturday, saying “however unpredictable the [Trump] administration’s stance may have seemed”, Mr Trump’s strategy had changed the narrative and “status quo” in Korea.

“It’s as a result of his [Mr Trump’s] intervention that China has become more active in this issue and the UN Security Council was able to achieve the widest-ranging set of sanctions that have ever been imposed against North Korea,” Ms Bishop said.

“There is no doubt in my mind, and I’ve been consistent about this … that the change in narrative had an impact.”

Dr Petrov said Foreign Minister Julie Bishop made “sensible comments” in support of the inter-Korean summit, suggesting excitement should be tempered with a recognition of North Korea’s history of reneging on promises.

In keeping with this, Mr Turnbull revealed on Saturday an Australian military aircraft would be deployed to monitor North Korean vessels.

“We do have a P-8A surveillance aircraft that is going to be working in the region to monitor compliance with sanctions,” Mr Turnbull said.

In a Twitter post on Saturday, Mr Trump said the Korean war was set to end, adding the United States “should be very proud of what is taking place in Korea!”

The US president also gave credit to Chinese President Xi Jinping for the North and South Korean peace talks.

Please do not forget the great help that my good friend, President Xi of China, has given to the United States, particularly at the Border of North Korea. Without him it would have been a much longer, tougher, process!

Speaking at a White House ceremony recognising Olympic and Paralympic athletes who competed in the 2018 Winter Olympics and Paralympics in South Korea, he said, “It looks like it could happen”.

“When I began, people were saying that would be an impossibility, they said there were two alternatives: let them have what they have, or go to war,” Mr Trump said.

“Now we have a much better alternative than anybody thought even possible.”

Mr Trump also announced he is considering three or four dates as well as five locations to meet with North Korean leader Kim Jong-un. Were it to occur, the meeting would be the first between a sitting US president and a North Korean leader.