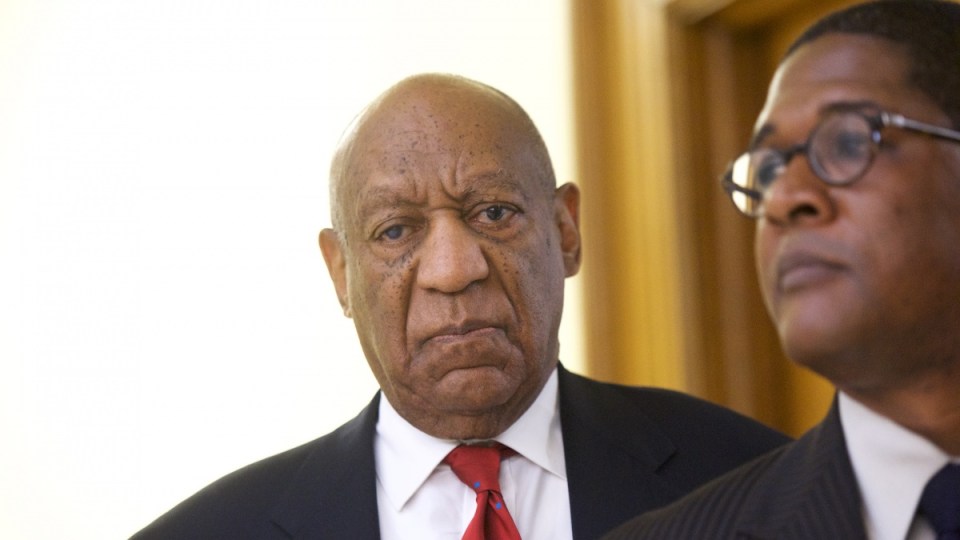 The former TV funnyman could spend the rest of his life behind bars. Photo: Getty

Disgraced entertainer Bill Cosby could spend the rest of his life behind bars after being found guilty on all three counts of drugging and molesting a one-time friend in 2004.

The 80-year-old The Cosby Show star faces sentences of up 10 years imprisonment on each charge of the aggravated sexual assault of Andrea Constand, a former operations manager of the women’s basketball team at Temple University.

As Mr Steele argued that Cosby was a flight risk due to his private jet, the comedian shouted: “He doesn’t have a plane, you a**hole!”

Cosby’s lawyer, Tom Mesereau, indicated the entertainer plans to appeal the conviction, saying the “fight is not over”.

Ms Constand said she became close with Cosby, who she viewed as a mentor, but that he abused her trust when he invited her to his home and offered her three blue pills to help her relax.

She testified that she soon became incapacitated, and then felt his fingers inside of her, but “couldn’t fight him off”.

Cosby contended that their sexual relations were consensual.

The jury of seven men and five women began deliberating on the case on Wednesday morning local time.

Mr Steele praised Ms Constand after the verdict, describing her as the “first courageous person” to go public with her allegations that Cosby drugged and molested her.

Some 60 women have accused Cosby of sexual misconduct over five decades, but Ms Constand’s allegations are the only ones that became the subject of a criminal case.

Mr Steele said Cosby was “a man who had evaded this moment for far too long”.

The verdict was the latest low point in a remarkable downfall for the longtime titan of television.

First finding fame in the seventies as a stand-up comic, Cosby soon progressed to TV where his eponymous sitcom became one of the highest rating shows in the US and Australia.

Cosby was also a revered figure in the US entertainment industry and was seen as a role model for African Americans.

The latest trial became marked by heated debates between the prosecution and the defence, punctuated by emotional testimonies from more than two dozen witnesses. Cosby did not take the stand.

The charges were first brought to trial last June, but the jury ended in a deadlock on all charges after more than 50 hours of deliberations.

Ms Constand’s lawyer, Dolores Troiani, thanked prosecutors and investigators for their diligence and commended her client her courage.

“Although justice was delayed, it was not denied,” Ms Troiani said.

The charges against Cosby were filed on December 30, 2015 just days before the 12-year statute of limitations was due to expire.